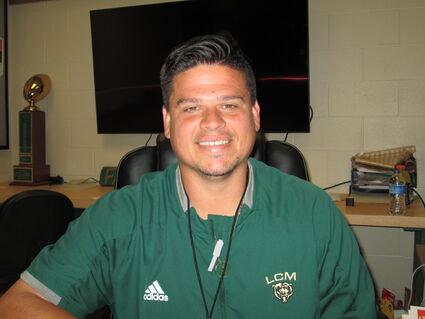 Little Cypress-Mauriceville Head Football Coach Eric Peevey was named the Bum Phillips Coach of the Year at a ceremony at the Museum of the Gulf Coast on Tuesday, March 1. Wade Phillips, son of the former NFL coach Bum Phillips, was in attendance to present the ring to Peevey.

The first year head coach for the Bears was very surprised for being named the recipient of the local coaching award. Peevey said, "It was an unbelievable honor. Like I said when I accepted the award, Coach Phillips was always somebody I was completely enamored with growing up."

Similarities in their background and their coaching styles which gets the best out of their players are apparent between Coach Bum Phillips and himself according to Peevey. "I think it's because we're both Orange, Texas kids, we're both southeast Texas guys. Southeast Texas guys are tough people, but at the same point not only are we tough on the outside were tough on the inside we love hard. We're very emotional people, and I think that really explains my coaching style," Peevey emphasized.

Peevey went 11-3 during the 2021 football season with the Little Cypress-Mauriceville Bears, making it to the fourth round of the playoffs for only the second time in the school's history. LCM finished 4-1 in district play, sharing the title with the Vidor Pirates.

Wade Phillips a longtime football coach himself acknowledged Peevey and Little Cypress-Mauriceville had a remarkable season. "This area is special to us," Phillips said. "This award is special to us. It is an honor to present the award on behalf of my dad and our family. This guy won 10 more games than the previous year. I have never heard of that. I have known some good ones, but I haven't heard of a year like that. It was their first district title since 1997. They had one playoff win since 1997, but had three this year. What a tremendous year."

The Bears' three losses were to the West Orange-Stark Mustangs who were district champions in Division II, the Vidor Pirates who were co-district champions with LCM, and the Chapel Hill Bulldogs in the Regional Final of the state playoffs. Peevey indicated, "It was a group of kids that were tired of losing, and they were willing to do anything to try to win, and when I told them, hey, we will win, they said coach yeah whatever you want, whatever you want us to do. I love them boys." 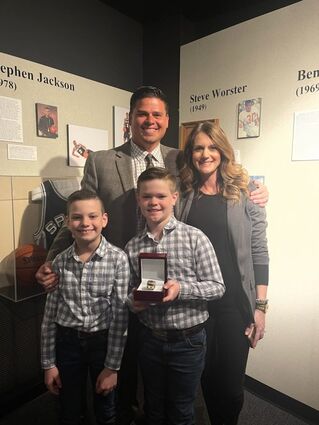 Peevey's goal every season is always to win the state championship and so now he is working to getting that winning attitude and effort shared with the underclassmen at LCM. "That senior class was really just a great class and we have a good junior class behind them, but now it's talking about getting our seventh and eighth graders believing the same way and going all the way through," Peevey concluded. Summer workouts for the 2022 football season start the first week of August at Little Cypress-Mauriceville.