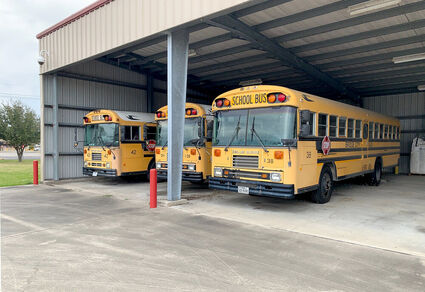 Don Reese said he retired as Bridge City's transportation director a couple of years ago because, "I got tired of trying to keep bus drivers."

Then the retiree took a part-time job – as a Bridge City school bus driver.

"They needed some help," Reese explained. "It fits my retirement."

School districts all over the country are facing bus driver shortages.

On the same day Reese was interviewed, West Orange-Cove school district issued a release saying the district had 10 bus drivers on its payroll and needed 10 more.

WOC has approximately 2,500 students on four campuses and about 1,600 of them use district transportation to get to and from school daily, the release stated.

"The bus driver shortage means longer wait times for pickup or drop-offs because some buses have to do double and triple routes. In addition, UIL trips during route times put an added strain on bus transportation," the release explained.

Pay raises are one tool school boards are using to take on the problem.

"Districts across the region have been implementing middle of the year pay increases to keep and attract bus drivers," Hollie Fregia, chief financial officer for Little Cypress-Mauriceville school district, said in a memo to her superintendent, Sherry Brister, and school board in early February.

The board responded by boosting beginning pay from $15 per hour to $18.25 per hour, with each driver guaranteed at least a 5.5-hour workday.

The pay boost filters down to experienced drivers, too.

"I'm blessed that we're staffed and not hurting, because every other district around us is hurting," said Bennie Huckabay, LCM's new transportation director.

"We've got a driver on every route and they come to work. It would be nice to have an extra two or three drivers, but we have two 'floaters' and they fill in when needed."

School bus drivers must have a CDL (commercial drivers license) and work a split shift that requires them to report early for routes, then be off until they deliver the students back to their stops at the end of the school day.

"There are many benefits to school bus driving: steady pay, benefits and a schedule that allows plenty of daytime freedom," the WOC release stated.

"Driving a bus is an excellent income for a retiree looking for something to fill a few hours per day. We encourage retired drivers to come back and help us entice holders of CDLs in other industries to consider driving a school bus a few hours a day."

Orangefield's director of support services, Brian Ousley, reports his district has no current bus driver openings, but is anticipating the retirement this spring of at least two drivers.

"Then we'll be short again," he said.

Nationwide, the COVID pandemic of the last two years has upended school as we knew it and the uncertainty and fears added to a shortage of teachers and other school employees.

Locally, plant expansions had already chipped away at the schools' bus driver rolls before COVID. National transportation companies such as Hotard Coaches hired by construction companies to ferry their workers to and from job sites lured away many Southeast Texas school bus drivers.

As is currently the case with Reese coming out of retirement to drive a bus, it's been all hands on deck for most districts for a while.

"Even last year, we were down four drivers," Ousley said. "We had everybody from coaches to administrators to support staff driving if they had a permit."

Huckabay arrived at LCM after spending 32 years in the transportation department for the Beaumont school district, having started as a driver.

Huckabay says LCM runs 18 routes a day, including three for special needs students. The district has a two-tier bell system, meaning the two district elementary schools start and end their school days earlier than the middle schools and high school. 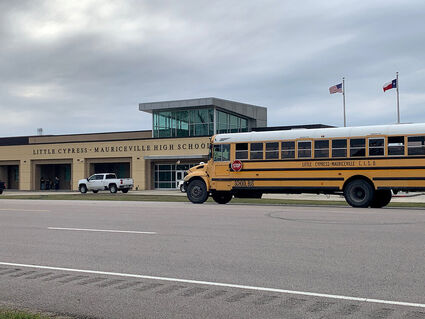 The two-tier system allows districts to get double the use of their buses and drivers and separates the younger students from the older ones.

Huckabay pointed out that Beaumont, with 18,000 students enrolled, runs a three-tier system, allowing buses and drivers to run three pickup routes in the morning and three drop-off runs.

Lamar State College Orange offers CDL training, as do other Lamar campuses in the area.

Reese trains drivers for other school districts through the Region 5 Education Support Center in Beaumont.

The WOC transportation department can be reached for more information at 409-882-5422.