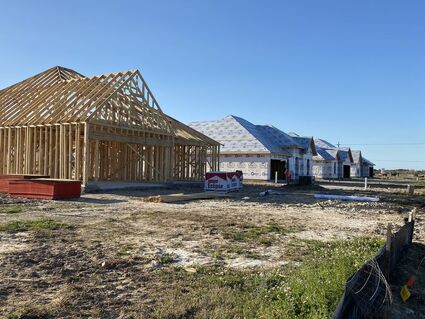 Long-range planning and steady investments with economic development grants have helped the city of Orange to attract developers to build new subdivisions for single-family houses.

The city had been landlocked for a number of years to allow for new large subdivisions, but decisions made by voters and the Orange City Council 20 years ago have opened it up for new construction.

In 2002, voters approved the city applying a special half-cent per dollar sales tax to be used specifically for economic development. The state has rules and restrictions on how the money can be used. Expenditures include paying for the city to build water and sewer lines to areas without the services.

The council, under Mayor Brown Claybar, with Sam Kittrell as acting city manager, began annexing a large area into Little Cypress months after the EDC tax was approved.

Then, in the past 12 years, the city council, under City Manager Shawn Oubre, set a goal of extending water and sewer services all along Allie Payne Road and Martin Luther King Jr. Drive. Mayors Jimmie Sims and Larry Spears have also presided over the long-range investments.

The city's Economic Development Corporation in 2013 spent nearly $700,000 to put new water and sewer lines westward from Meeks Drive along Martin Luther King Jr. Drive toward the new First Baptist Church. The church agreed to spend $150,000 for the project.

Another EDC investment included $660,000 in 2015 to extend water and sewer services westward along Allie Payne Road west of Meeks Drive.

The city's first EDC grant was made in 2004 and soon after, the city began paying for water and sewer lines within city limits along Highway 87 South toward Bridge City.

A decade ago, ITEX developers built two apartment complexes and began the Cypresswood Village subdivision for single-family houses on land north of Highway 87 South and west of FM 105, the area where water and sewer lines were extended.

The first phase of Cypresswood Village has already been filled and Phase II has started. That area is around a semi-circle off FM 105 (Orangefield Road) and has lots for 41 houses. Four are currently being built by DSLD Homes.

The Cypresswood Village area is across Highway 87 South from where acreage has been cleared for a possible new Chevron-Phillips chemical plant.

On Allie Payne Road nearly 30 years ago, six houses were built along Mallard Lake west of Velma Jeter Homes. Now, four more along the lake are under construction by D.R. Horton. More land along the lake has been cleared.

D.R. Horton's website is also advertising to build homes in Oak Allie. Businessman David Hinds has the city go-ahead for Oak Allie, which will have 16 two-story houses built in the classic New Orleans style. 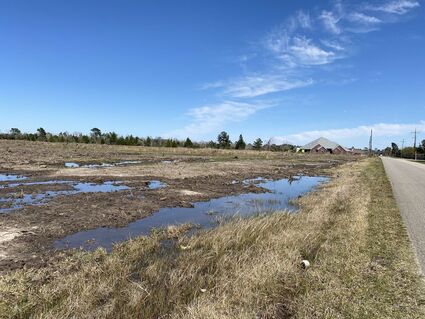 DSLD and D.R. Horton are large corporations specializing in residential construction. D.R. Horton touts itself as the "largest homebuilding by volume in the United States." (Earlier this month, several lawsuits were filed against D.R. Horton in Louisiana accusing the company of not building houses suited to the Louisiana climate.)

Currently, land is being cleared for the Little Cypress Grove subdivision off Martin Luther King Jr. Drive west of Little Cypress Junior High. The subdivision, according to city records, is 28.42 acres and will include 97 lots for houses.