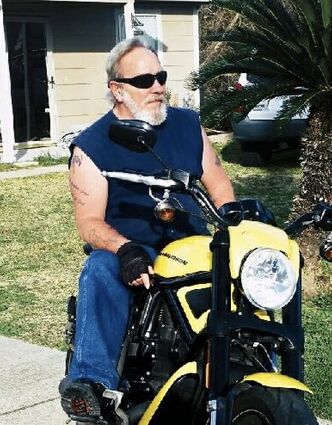 Cremation will be held under the direction of Claybar Funeral Home in Orange.

Born in Algiers, Louisiana, on March 13, 1955, he was the son of August Charles LaFauci and Lilly Ruth (Jones) LaFauci. Pascal was a true gentleman and jack of all trades. He could fix anything and build whatever his mind could come up with. Pascal was a loving husband, father and grandfather and was known for his big spirit, and life of the party personality. He was always smiling and making others laugh with his hilarious sense of humor. Pascal loved woodworking and writing. He wrote and published his own book "Den of Thieves" and was incredibly proud of his creation. Pascal loved his Lord and Savior deeply, always taking the time to share the gospel wherever he went. He left an impact on all he met through life's journey and will be missed deeply by all who loved him.

He was preceded in death by his parents, August and Lilly LaFauci; and siblings, August LaFauci, Judy LaFauci, Leo LaFauci.

"So when this corruptible has put on incorruption, and this mortal has put on immortality, then shall be brought to pass the saying that is written: "Death is swallowed up in victory." "O Death, where is your sting?

O Hades, where is your victory?" The sting of death is sin, and the strength of sin is the law. But thanks be to God, who gives us the victory through our Lord Jesus Christ." 1 Corinithians 15: 54-57