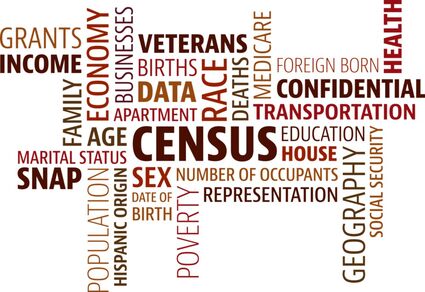 The county is ahead on the percentage of homeowners living in their houses. But the statistics show the median values of those dwellings are nearly 50 percent less than the national median, which may be interpreted to show housing is less expensive than in other areas.

The population numbers from the 2020 Census were released last year, but the Census Bureau in the past few weeks has been showing the details of data collected.

Storms in Southeast Texas, including the 2016 Sabine River flood, plus tropical storms Harvey in 2017, and Imelda in 2019, have displaced people and may have affected population. The 2020 Census was taken earlier in 2020 before hurricanes Laura and Delta struck.

The census statistics show Orange County has a higher concentration of people identifying as "white only" than Texas and the country. The county is also above average in poverty levels, people without health insurance, and people without college bachelor's degrees or higher.

Orange County has 31,570 households with an average of 2.63 per household. The county population has 74.3 percent of people living in owner-occupied housing with a 62.3 percent state average and a 64.4 percent U.S. average.

For the city of Bridge City, the racial makeup is 93.8 percent white alone with 5.8 percent Hispanic or Latin, 2.1 percent Asian, and 3.5 percent identifying as two or more races. The city has a zero percent of blacks and a zero percent of Native Americans.

In Bridge City, 74.5 percent of the housing is owner occupied with the median home price of $148,900. The city has 2,798 households with 91 percent having computers and 88.2 percent with broadband service.

Bridge City's population has 91.8 percent with high school diplomas, plus 26.7 percent with bachelor's degrees or higher. Health wise, the city has a 4.9 percent of people under 65 with disabilities and 12.8 percent under 65 without health insurance.

The city of Vidor has a 98.4 percent of the population as white along with 0.1 percent black. The city has 8.3 percent identifying as Hispanic-Latino and 1.4 percent marking two or more races. The city had zero percentages in people with Asian alone or American Indian backgrounds.

Vidor has 68.7 percent of its population in owner-occupied homes with the median dwelling set at $84,300. The city has 4,129 households with 94.8 percent having computers and 90.6 percent with broadband.

The city has 84 percent of the population graduating from high school and 6.9 percent with bachelor's degrees or higher. Under health categories, the city has 12.5 percent of residents under 65 with disabilities and 24.4 percent without health insurance.