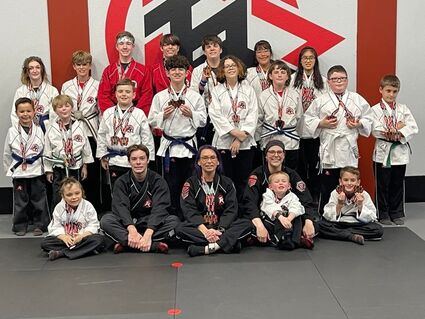 Our members competed against the best Martial Athletes from thirteen Tiger Rock Academies from all around Texas. Contestants competed in the following events: Traditional Forms, Sport Sparring, Player 2 Sparring, and Board Breaking.

Competitors winning Gold medals in Traditional Forms and Sport Sparring attained Titleist standing and are eligible to compete in the Elite Masters Invitational Competition at the Tiger Rock World Championships being held in Huntsville, Alabama in July of this year. Competitors earning a Gold in other events also have Titleist standing. Participants winning a Silver or Bronze medal earn standing as a Medalist.