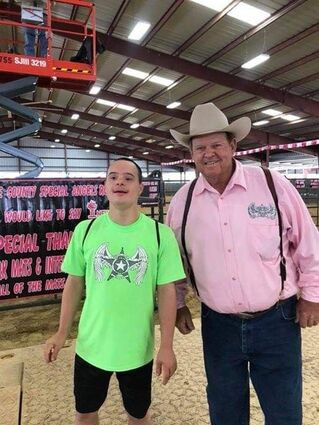 Something so extraordinary is happening this week that the Harris family is closing Farmers Mercantile Friday and Saturday during spring planting time. The family wants to see Dan Harris Sr. inducted into the Texas Rodeo Cowboy Hall of Fame in Fort Worth.

Dan Harris was a member of the Sam Houston rodeo team that won the 1968 National Intercollegiate Rodeo Association's national championship. He said the girls and the boys teams won their competitions that year, which was a first for the NIRA at that time.

Harris bulldogged steers on the team. It's also called "steer wrestling." He learned the skill when he was 14 years old from Pete Dorman, and through the years, he has taught bulldogging to other young cowboys.

He graduated from Stark High School and said none of the high schools had rodeo teams back in those days.

After graduating from high school, he planned to go off to college to learn agriculture and business. Even though he comes from a family of Texas A&M Aggies, he chose Sam Houston in Huntsville.

"To be honest, they had no girls at A&M at the time," he said. The Aggies all went to Huntsville on the weekend to get dates. "I figured you might as well just start out at Sam."

He joined the Sam Houston rodeo team coached by Sonny Sikes, who was a rodeo rider and a professor at the college. Sikes is already in the Texas Rodeo Cowboy Hall of Fame.

Sam Houston did not have rodeo scholarships at the time. "Our parents were our scholarships," Harris said.

The Sam Houston team had made the NIRA finals in 1967, but did not win the title, Harris said. Then came the year the college had the first double championship with men's and women's teams winning. The teams were previously nominated to the hall of fame, but were not chosen at the time.

Harris is now 75 and is looking forward to seeing his former teammates again at the hall of fame induction ceremony and the festivities around it. He said the boys team has had one member pass away and another one cannot attend. Most of the members of the ladies team are also planning to go.

The Texas Cowboy Hall of Fame is in the Cowboy Coliseum in the Fort Worth Stockyards National Historic District. Harris said events will include a Cowboy Church service, luncheon and the formal induction ceremony. 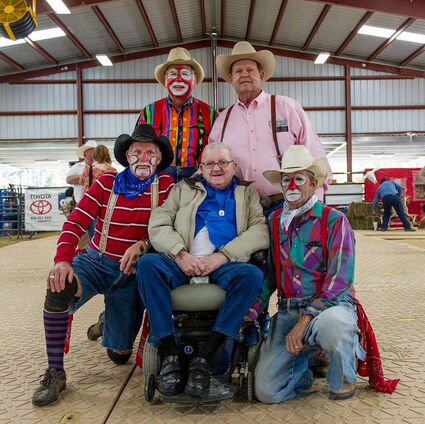 A lot of Harris family plan to attend, including his daughter, his son and daughter-in-law, plus three grandchildren and their families. He said the lady at the reservation desk said they had never had that big of a family come before.

Harris continued bulldogging after he graduated from college and was a member of several professional rodeo associations. He would work the family farm and rodeo on weekends. But after 25 years of bulldogging, his knees and ankles gave out. "I made it to 39 (years old), almost to 40," he said.

Some of his former teammates still ride in old-timers events and he said "at least two girls are still barrel racing," he said. Harris rides "every time we work cattle and almost every weekend."

The Hall of Fame events will be treasured, and so will the reunion. "We're all 75 years old or older. This may be the last time we get together," he said.