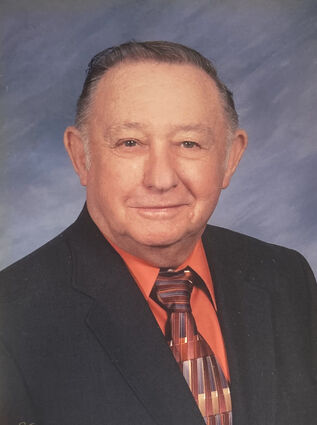 Born on September 15, 1932 in Orange, he was a Lutcher Stark High School Graduate, class of 1951. Huey met and married Karen Dickerson in 1953. He served in the U.S. Army and was discharged in 1955. Huey then worked for Texaco at their Port Arthur refinery for 38 years, retiring in 1988. A member of First Baptist Church in Orange, he gladly served in their mission office as long as he was physically able. He was also a member of the Faithful Servants Men’s class.

He was preceded in death by his parents; Lawrence R. Schrieber and Katherine M. Croker Schrieber.

He is survived by his wife of 68 years, Karen Schrieber; a son, H. Carrol Schrieber, Jr. and wife Donna of

Cremation is under the direction of Simple Tributes by Claybar. A memorial service will be planned for a later date. We would like to thank Chris Flowers of Amedisys Hospice for his compassionate care.