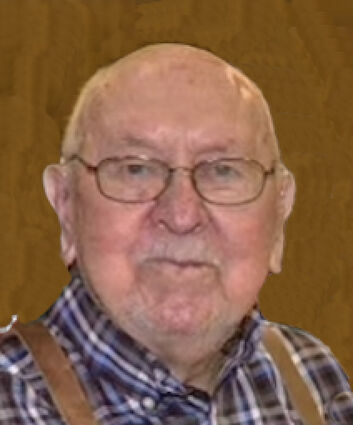 Visitation will be from 10:00 to 2:30 p.m., Tuesday, at St. Henry Catholic Church. A rosary will begin at 2:30 p.m. Wilbur "Pete" Klein was born on June 14, 1928, in Mowata, Louisiana. He was one of ten children born to George and Lenia Klein. He served as a gunnery sargent in the U.S. Army Artillery Battalion. He was a faithful member ofSt. Henry Catholic Church and KC Council 3406 and was known for the many thousands of rosaries he made daily and gave away. His rosaries are being prayed around the world. After retirement from Spencer/Chevron he was an avid gardener and traveled across the United States with his wife Mildred in their Airstream travel trailer.

The gift of yourself and your love are appreciated. In lieu of flowers, the family requests friends, so desiring, make a memorial contribution in Pete's name to St. Henry Catholic Church at P.O. Box 427 Bridge City, Tx 77611, Southeast Texas Hospice at P.O. Box 2385 Orange, Tx 77631-2385 or your favorite charity.