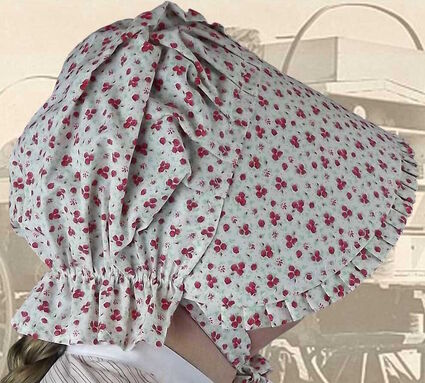 My grandmother Availia had many children; among them were three sets of twins and a set of triplets. Many of the young died as infants. Only one twin, my uncle Meldan “Tee-Dan” survived. His twin Melda didn’t make it past 3 years old. Grandma had been the carrier of 20 children or more. Few made it to birth, some lived a few months or a few days, and only seven of those children lived a long life. My aunt Eve died in 2008 at age 105. The rest all lived to be 90, with the exception of my mother, who died at 87. Most of the children Grandma lost were lost while living way out in the country, with no doctors around. Most were delivered by a neighbor or mid-wife. The children who survived were born after Grandma and Grandpa Nelson Duplantis moved in closer to town. Times were hard in the poor Cajun country in the late 1800s and early 1900s. Transportation was by horseback or buggy. The work as sharecroppers was hard. My mom and all those wonderful aunts and uncles were all around 20 years ago. Grandma lived to be 90; today they are all gone. For years they attended the annual family reunion Phyl and I sponsored at our Dunn Bluff property on Cow Bayou. When I came along, I was like an extension of Grandma’s children. Mom and I were more like siblings. Grandma was tough and didn’t cut me any slack like she did the other grandchildren. When Grandpa Nelson died, I became the only male around and by the age of ten, went to work to help support us. Grandma lived in what had been a small three-room railroad station house next to the railroad tracks. It was painted rust color, like boxcars. Mom and I lived in a little one-room grain shack next door that she had bought and had moved there for $70 dollars. We were extremely poor but we weren’t alone, most people were. The Great Depression had taken its toll on what was poor country to start with. If you owned a pair of shoes, they were used only as go to church shoes. Prior to the end of WW II, we had no indoor facilities or utilities. Saturday was “Big Bath” day, with solar heated water in the big washtub. Weekdays, we washed with a cloth and bucket of water. We always had to wash off our feet before bedtime. I hated those Saturday baths with Grandma as the overseer. She used a hard bristle, floor scrubbing brush to scrub my neck and ankles, leaving them near bleeding but clean. Over at the feed store, we could buy feed or flour sacks for 10 cents each or three for 25 cents. We could pick and choose the patterns on the sack. Mom and Grandma would make our clothes from them. For me she made my shirts with the feed sacks and underwear with flour sacks. It was the day before Easter and like most Easter times a cold front had moved in. My bath was taken in less than warm water. The next day would be our big day. We lived out about two miles from the big Mary Magdalene Church, on the knoll in downtown Abbeville. Like we had done evenings during Holy Week, attending Stations of the Cross, Grandma and I would walk in the dirt road to attend Easter service. During the four-mile turn around, she always told me stories. She didn’t speak any English and I knew just a few words myself, in fact, I failed the first grade because I spoke only French. Just a few years before, they had outlawed French speaking for teaching and most teachers could only speak broken English. Anyway, Grandma Availa had taken a trip to the feed store and picked out the prettiest sack pattern to sew herself a special Easter bonnet. She had drawn and cut out the pieces that she sewed together by hand to make her bonnet. It was the prettiest bonnet I had ever seen. We fought against the cold and the wind, leaving right after daylight to arrive for the 8 a.m. service. My family never owned any transportation until I was 16 and bought a 1932 V-8 Ford coupe from my roommate Harry Waddell, at Mrs. Shugart’s Boarding House in Port Arthur. Harry, incidentally, was a longtime resident of Bridge City. We were kids then – Harry is gone today. When we arrived at the church, we were pretty windblown. Before entering Grandma took off her bonnet, reshaped it and tied a neat bow under her chin. In the church some ladies wore nice, colorful Easter hats, of all shapes, others wore bonnets, but none were prettier than Grandma’s hand made, feed sack bonnet. For years that bonnet hung around her house. She was proud of her production and I was extremely proud of her. I also recall the time she got her first blue, store-bought, go to church hat. Women didn’t enter church bareheaded back then. Even though it was bought, I’ll never forget that special Easter bonnet she made herself. Grandma was a religious lady who said her rosary daily. She believed that even if you were poor and didn’t have much, you always had prayer. She always reminded me not to stray too far from my Christian faith. Over the good and bad, Down Life’s Highway, I often fell back on her teachings. The thoughts of her today and that special bonnet bring a warm feeling over me – like somehow she’s around – like she always was. Happy Easter to you and yours. Don’t forget the real reason we celebrate.