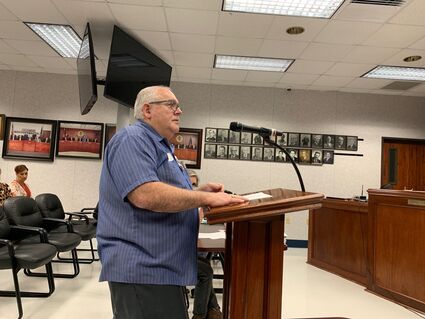 The purse strings are getting tight in Orange County as everyone runs to the mailbox to see if the FEMA check has arrived.

Joel Ardoin, the county's emergency management coordinator, informed County Commissioners that he'd been told a $10 million check for the federal reimbursement from 2020's Hurricane Laura expenses would arrive "in three to seven days."

And that was only eight days ago.

After 2017's Hurricane Harvey, Ardoin got a lot of assurances "the check will be there in two weeks" that turned out to me months and months.

The county is still waiting on some Harvey money.

But the mood at Tuesday's meeting of the Commissioners Court was hopeful.

Especially for Operations Director Kurt Guidry, whose request for an additional $100,000 to pay his department's bills for the final six months of the fiscal year was tabled.

"At this point, you'd have to tell me where to magically find it," County Auditor Pennee Schmitt replied when County Judge John Gothia asked if there was an extra $100-K in the bank.

Guidry had earlier explained that he needed $21,733 to fix a broken chiller in the data room of the County Emergency Operations Center at the Expo Center.

The Commissioners made it clear they needed every contingency covered in the event that the 2022 hurricane season, which begins in June, is more like 2020, when we were hit by back-to-back Hurricanes Laura and Delta, than 2021, when the storms missed us.

"We've got to go ahead and do this," Commissioner Johnny Trahan said of the chiller repair, as the four-member court voted to go forward there.

Not winning immediate approval was an expense to set up a second backup generator for the Expo Center.

"We'll put this back on the agenda April 24 if you find out they can install it by July 1," Gothia said.

Ditto for $55,000 Guidry says he needs to ensure redundancy for all the pumps inside the building, so there's no shutdown at go-time.

Guidry said skyrocketing prices and supply chain issues resulted in paying higher-than-expected rates to do repairs to county property this year. And the summer and fall months, normally the busiest for his department, are still to come.

"Joel, you need to check that mailbox again," Gothia said.

Orange County paid about $14 million to have debris cleaned up and hauled away after Hurricane Laura ripped through the county with winds in excess of 100 mph in August of 2020.

FEMA has agreed to reimburse 75 percent of those costs – or about $10 million.

Corey Oldbury, the county engineer and head of the Road & Bridge Department, had mixed news in his report.

But he pointed out the county had already used 50 percent of its annual allotment of gas at the lower price and will have to pay significantly higher prices once the cheaper fuel is gone.

"The next six months will be bad," he predicted, "because that's when we use most of the fuel."

Oldbury said prices for the limestone rock the county uses for road resurfacing are going up 15 percent in July. Commissioners urged him to stockpile as much of the pre-price-hike rock as possible.

The county engineer also offered an update on the swing bridge on East Roundbunch Road, a popular shortcut between Bridge City and Chemical Row.

A repeating electrical malfunction that kept the bridge from closing completely and created a hazard for motorists has returned now that the Texas Department of Transportation has officially handed ownership of the bridge to the county. 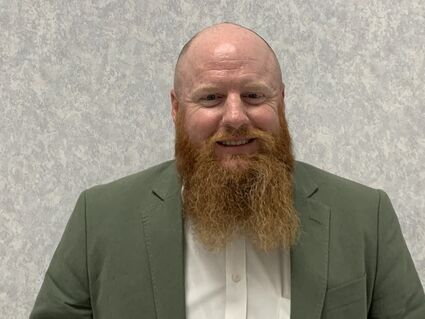 "The swing bridge operated 31 times last month, about once a day," Oldbury reported, "but it broke about three or four times.

"Last night, it stopped about two inches short of closing. So we used a ratchet strap to 'redneck' close it."

Thankfully, the bridge came with a 12-month warranty.

"It's interesting, but not really fun," Oldbury said. "By the end of next February, it's going to start costing us money. That's when the warranty runs out."

County Veterans Officer Mark Hammer reported a Veterans Standdown is scheduled for May 20 at the Expo Center.