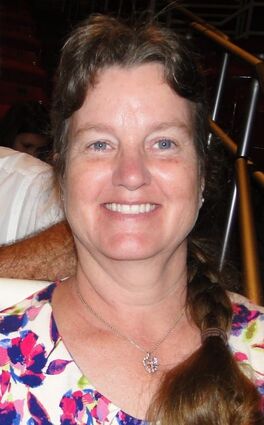 The following is a political statement by Peggy Prosperie, Bridge City school board candidate:

Hello, I am Peggy Prosperie. I am running for BCISD School Board of Trustees, Place 3. I come from generations of teachers, and have a high regard for teachers! I want to be a voice for the hard-working citizens and families who are struggling financially these days between Covid and inflation.

We moved here 23 years ago to raise our children in a safe community with safe schools. Our three children graduated from Bridge City.

The School Board of Trustees' job is to manage the operations of the district. That includes being fiscally responsible with the citizen's tax dollars.

I am concerned about the financial decisions the School Board has made with the surplus funds since 2014. The School Board is well-intended, but they seem to be focused on extra-curricular activities before the needs of the schools. In 2014, the School Board felt that an Arts Theater was most needed. Before both bond proposals, 2019 and now, they spent millions on the prestigious turf fields, $2.2 million on the Baseball Complex in 2019, and now $3.1 million plus interest on the football field and other athletics. I question the safety of turf fields. Playing ball on grass fields has been done for decades.

The School Board did add a wing to the Intermediate in 2017 for $1.5 million. The Elementary addition could have been built in 2019 for $2.5 million instead of the baseball complex. If that would have been done, there would not been the expense of 2 rental portable buildings at the Elementary.

I am a true conservative who believes that the needs of the schools should always come first. The Middle School is a solid, functioning building with plenty of room. Each classroom has wi-fi, and we have great teachers! All buildings need regular maintenance and repairs. A band hall and CTE shop class can be built on the right side of the Middle School if necessary.

This would be much more feasible than the current bond proposal of $57.7 million plus $39.1 million for interest, $96.8 million total, that our children and grandchildren will have to pay for 30 years! BCISD's current debt service is $19.5 Million total. For questions or concerns, email me at: [email protected]

Editor's note: BCISD Superintendent Dr. Mike Kelly says the district's current debt service is $12.5 million. Peggy Prosperie said she based her debt total on a figure of $16.4 million reported in February by Moody's bond rating service, to which she added principal and interest from the $4 million maintenance tax note partially used to pay for athletics improvements.