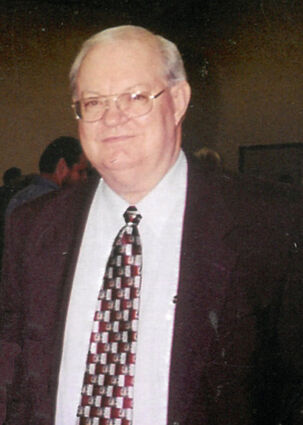 Funeral services will be held at 2:00 p.m., Monday, April 11, 2022 at Claybar Funeral Home in Orange. Officiating will be Reverend Barry Bradley.

Visitation will be held prior to the service, beginning at 12:00 p.m. at Claybar Funeral Home.

Born in Lake Charles, Louisiana, on January 13, 1943, he was the son of Rodney Carl Jensen and Pearl (Spell) Jensen. Larry and his family moved from the city life in Lake Charles to a farm, where he formed many treasured memories, spending most of his childhood there before moving back to the city later in life. Larry went on to proudly serve in the Army and the National Guard. He was a longtime member of First Baptist Church of Orange, where he served as a deacon. Larry also volunteered with Orange Christian Services, driving the OCS truck, and helping his wife Judy with her various projects at OCS. He was always taking on new projects and enjoyed trying to repair things before replacing them. Larry loved smooth jazz music, being in nature and bird watching, and could often be found sitting on his patio and relaxing. His outgoing personality and love for people, served him well professionally as well as in his personal life. Larry was a wonderful husband, father, and grandfather who will be missed by all who knew and loved him.

He is survived by his beloved wife of 58 years, Judy Kay Jensen; his children, Melissa Ricker and husband Raef of Sulpher, Louisiana, Tasha Fontenot and husband Brant of Orange, and Alicia Kight and husband Jim of Fort Worth; his five grandchildren, Hunter Ricker, Ryan Fontenot, Matthew Fontenot, Madeline Kight, and Ashley Kight; his sisters-in-law, Shirley Jensen and Alice Fay Smith; as well as numerous nieces, nephews, and other loving family members and friends.