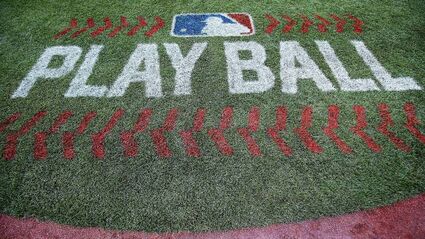 Major League baseball fans were relieved last month after the billionaire owners and the millionaire players agreed on the money aspect of the game and decided to start the 2022 season only one week late--and that was last week.

Many of those fans who swore during the strike they'd never see the inside of another major league ball park again were seen standing for the national anthem at most of the stadiums last week for the season openers.

Although everything looked the same for the new season, there were several changes made-some quite apparent while others were not.

Major League Baseball announced after the 99-day owners' lock-out that they like the "ghost runner" idea that was tried during the pandemic-shortened 2020 season and will utilize that discrepancy of "real" baseball this season.

This will occur only if the game is tied after the regulation nine innings and the 10th inning will begin with a runner on second base in an attempt to shorten the extra-inning game. This "ghost runner" idea will occur every half inning until the winning run scores.

Another new feature will be the "Shohei Ohtani Rule" in its new protocols with the Universal Designated Hitter in both leagues now.

During this month of April, rosters will be expanded to 28 players and then revert back to 26 the first of May.

And instead of two seven-inning games that were used for doubleheaders two years ago, MLB will revert back to the traditional two nine-inning games like it has always been.

The post-season will be expanded to 12 teams with a best-of-three wild card series, followed by the division series, league championship series and the World Series.

Several pitchers are now wearing electronic wristbands to receive their signals for the catcher instead of the painted fingernails.

Another change after more than 100 years occurred when the American League franchise in Cleveland opened the season as the Guardians instead of the long-standing Indians.

And as far as our Houston Astros are concerned during the first four games against the Los Angeles Angels, they don't appear to miss shortstop Carlos Correa in the least.

That's because young Jeremy Pena, who is playing for the first time at the major league level, is making all the defensive plays, and as a bonus, he's has a .375 batting average, including a homer and a few RBIs.

After an off-day Monday, the 3-1 Astros moved to Arizona to play the 1-3 Diamondbacks last night. They conclude this 12-day road trip with their first home game on Monday against the Angels.

Many Preseason Prognosticators felt like Houston and Atlanta would end up playing each other in the World Series again this fall-EXCEPT USA Today Sports Weekly, the publication to which I subscribe.

Six of the seven staffers pick the Astros to win the AL West Division, except the one who chose the Angels, which is probably right.

The same was true for Atlanta, with six writers picking the Braves with the lone dissenter choosing the Phillies.

Two staffers picked Houston to win the division series while a whopping five had the Toronto Blue Jays to win the conference championship and play in the World Series with the other two choosing the Chicago White Sox.

One writer picked Atlanta to get into the World Series while four picked the LA Dodgers and the Milwaukee Brewers and the San Diego Padres each got one vote.

The Braves did get one vote to win the World Series while the Dodgers garnered three votes, with the Brewers, Padres and Blue Jays each getting one.

KWICKIES...It's difficult to understand the how's and why's of the accident that snuffed out the life of Pittsburgh Steelers' quarterback Dwayne Haskins last weekend. He was hit by a dump truck while trying to cross the westbound lanes of IH-595 in South Florida. Why was he walking? Had he been drinking? Nevertheless, he suffered a tragic death before even competing for the Steeler's quarterbacking job left vacant by the retirement of Ben Rethlisberger.

Closer to home, the Houston Texans have signed wide receiver Brandin Cooks to a two-year contract extension. The 29-year-old Cooks is by far the most talented premier offensive skill player on the Texans' roster.

It was strange watching the Masters on television last weekend that the No. 1 golfer in the world, Scottie Scheffler, would be playing before fewer than 100 fans on the course while Tiger Woods was on the other side of the course with more than 10,000 followers. Scheffler easily won the green jacket by three strokes, despite a four-putt double bogey on the 72nd hole while Tiger limped around the course, finishing the four days 13 over par. Perhaps those Masters fans following Tiger were afraid this may be the last time to see him in Augusta, although Tiger promised in a post-tourney interview that he plans on playing in July at the British Open at St. Andrews.

Scheffler has won four PGA Tour tournaments in his last six starts with new caddy Ted Scott, who had been Bubba Watson's caddy for many years. Bubba played all last season with a hurt wrist and was not happy with his performances and decided to change several things, including his caddy, who "retired" after the change was made. When Scheffler found out Scott was unemployed, he immediately asked him to be his caddy. Scott said he consulted his family and they all voted for him to take the job. It's been great so far for both Scotts.

When the Kansas City Chiefs decided recently to trade their best wide receiver Tyreek Hill to the as Vegas Raiders, they received five draft picks for him including a No. 1 selection. This gave the Chiefs 12 picks in the upcoming NFL draft, including two No. 1's, two No. 2's, two No. 3's and two No. 4's. Planning for the future may be the reason Kansas City plays in so many Super Bowls.

The 2022 NBA season ended Sunday and the playoffs already began last night as the Phoenix Suns clinched the Western Conference and the Miami Heat clinched the Eastern Conference. The long-winded playoffs probably won't be decided until the NFL's training camp begins this summer.

JUST BETWEEN US...The giant albatross that hung around the Lamar Cardinals' neck is back out at sea somewhere. What I'm referring to is that Athletic Director Marco Born no longer is around to screw up the Lamar Cardinals' athletic program. As one can tell, I was not very fond of him, starting from his first day on the job when he fired the two softball coaches without even knowing what they looked like. Then he ram-rodded the move from the Southland Conference to the Western Athletic Conference which was a big bust even before the first year was completed. It became apparent quickly that the football and basketball teams were uncomfortable with all that traveling and both posted zero conference wins. When Born's blunder became apparent, he bailed out on a Sabbatical leave and then meekly handed in his resignation. It may take years to refill the coffers that he depleted so rapidly with his hare-brained ideas. Not many will miss him, especially me!!!