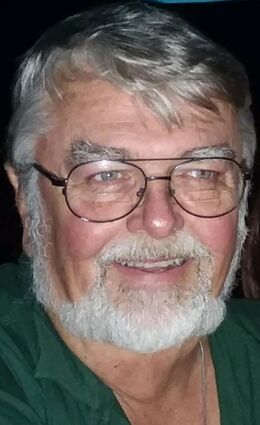 Four elected offices in Bridge City will be decided in the May 7 election, early voting for which starts Monday, April 25.

The school board race between incumbent Rebecca Rutledge and concerned citizen Peggy Prosperie is for a three-year term. The three city council seats are two-year terms and include a choice between former councilman Carl Harbert and incumbent Mike Reed, who were born three days apart.

Here's a look at the candidates for each Bridge City race.

Experience as elected or civic leader: Has served six full and one partial term on City Council (2006-16, 2019-present), and on committees at Second Baptist Church

What issues do you see as most important?

Mostly keeping water out of the city. That seems to be a big chore. Right now we've got water infiltration into our sewer system and shortly we'll be working with the Corps of Engineers on the levee system. I also want to continue to improve the roads and work with the Police Department and court system to keep them improving.

What issues do you see as most important? I want to keep improving our drainage and build our infrastructure. Our housing is booming in Bridge City and we want to make sure we stay ahead on our services. And while we've dodged the bullet on hurricanes recently, we need to stay prepared.

Elected or civic leader experience: None

What issues do you most want to improve and how?

To always put the safety of our citizens first.

Bridge City needs to stay focused on our water wells that supply our drinking and fire water. We are down to two wells from four.

Breaches in our sealed sewer system cause its inundation with storm water. This is causing heavy overflow of raw sewage into our ditches. This needs repair. Also, grading our ditches and keeping culverts clean.

Keep our tractor on the move cutting ditches on the sides of our streets. Repairing our electronic meter readers to free up manpower to do more important tasks.

Lived in Orange County: 40 years in Bridge City. Born in Bridge City and graduated from BCHS. I lived in Jefferson County for several years before moving back to BC in 2003.

What issues do you most want to improve and how? The City currently has plans in place to address water and drainage issues, and I will support city staff to bring those plans to fruition.

I will work with city administration and council for planned growth in Bridge City, including new businesses and housing. My family has called this home for 85 years. Growth can provide new jobs, new income, and new local tax revenue, as well as opportunities for revitalization.

I would also love to see more community involvement in our city, more events like "Christmas in the Park." I would work with city council, the Chamber of Commerce, BCISD and other organizations to establish more events for citizens to enjoy.

Elected or civic leader experience: None

What issues do you most want to improve on and how? I believe the city needs to work harder on the drainage and I know that we have sewer problems that need to be fixed. We as a city need to figure out how to figure out how to slow the traffic down on Texas Avenue and 1442. The truckers come through this town like they're on Interstate 10. I want to be elected because I want everyone that lives in Bridge City to have a voice on what happens in the city.

Occupation: Retired after 40 years with BCISD.

Experience as elected or civic leader:

Team member with the non-profits I have worked with as well as I believe in responsible citizenship, i.e. to volunteer and to be active in my community, be honest and trustworthy, respect the rights and property of others.

What issues do you most want to improve and how? Drainage; it is an ongoing problem that citizens are truly concerned about. I believe to improve this issue it will take working with the new city manager, other councilmen and city officials.

Experience as elected or civic leader: None

Why do you want to be elected? I want to be a voice for those families already struggling with their finances. I believe that the School Board members are all well-intended, but their focus seems to be more on extracurricular activities before the needs of the schools.

In 2014, it was proposed that an Arts Theater was most needed. Before both the 2019 and current bond proposals, millions of our tax dollars were spent on prestigious turf fields. Kids have played ball on grass fields for decades. It seems that our elected officials have lost touch with the hard-working tax-paying citizens.

I support proposals that put core curriculum education ahead of extracurricular.

What issues do you most want to improve and how? The School Board of Trustees' job is to oversee the operations of the district. That includes being fiscally responsible with the citizen's tax dollars. I am a true conservative who will make sure that our tax dollars are spent as effectively and efficiently as possible.

I would always put the school's necessities first. The building repairs should be addressed as they come up. I believe that maintaining and repairing the buildings are paramount for prolonging their life expectancy. The Middle School is a solid, functioning building that has plenty of room, with WiFi in each classroom. If a new band hall and CTE shop class are necessary, they can be built on the right side of the Middle School.

Repairing the Middle School is much more feasible than the cost of rebuilding for $96.8 million total for 30 years. It concerns me that $39.1 million of that expense will be purely interest.

Lived in Orange County: All my life. Bridge City: 60 plus years.

Experience as elected or civic leader: I served on the Advisory Council for Leadership Southeast Texas (LSET) for over 10 years and currently serve on the Governing Board. I previously served on the Planning & Zoning Commission for the City of Bridge City. I am currently the President of BCISD Board of Trustees.

Why do you want to be elected? I want to give back to the community that has given my family and I so much. It is an honor serving with my fellow board members and the Superintendent. I want to continue our work as a Team of Eight -- solving problems; resolving issues; and finding new opportunities for our students.

What issues do you most want to improve and how? We have an awesome school district but there is always room to improve. Mental health is a big issue everywhere and we have a need to address these issues on all of our campuses. Securing funding for licensed professional counselors is essential to providing the much-needed help for our children. Increasing Career & Technology programs by firming up partnerships with Lamar State College Orange. Offering more Science, Technology, Engineering, and Math (STEM) programs for children in all grade levels. Supporting our teachers and staff so they can use their gifts and talents to actually teach and not be burdened with non-teaching duties.

I will continue to work diligently to make sure that every child has the opportunity to pursue their dreams when they graduate. 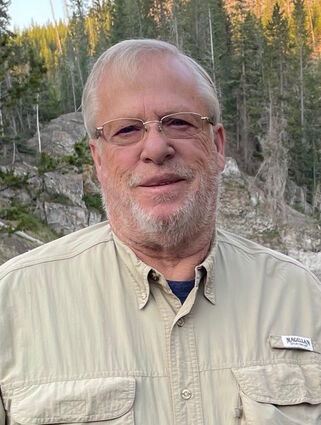