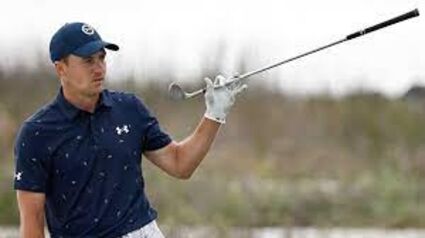 Ever since West Point graduate Abner Doubleday supposedly invented the sport of baseball, teams have tried to figure out ways to get a leg up on the opposition by trying to find out what that team is trying to do to beat your team.

The most popular tactic is by stealing the other team's signals-either the coach's signs to steal a base or for the batter to take a pitch or utilize the hit-and-run, or the catcher's signal for the type of pitch the person on the mound should throw.

This has been going on forever-- some times with success and other times hurting your own team-especially more than half-a-century when I was involved in professional baseball.

One way our guys did it was to have the baserunner on second watch the catcher's signals to his pitcher and see what kind of pitch was thrown.

After a couple of innings, our team would know what pitch was coming by the number of fingers the catcher put down between his shin guards.

But teams became aware quickly and catchers started using signals like closed fist, open hand, tapping the chest protector or what have you.

Major League Baseball has gone "high-tech" for this season and is giving pitchers and catchers the option of using the new sign=protecting technology PitchCom, partly because of our own Houston Astros' misdeeds during the 2017 and 2018 seasons, according to Monday's edition of the Houston Chronicle.

If one can recall, the Astros and several other teams were stealing the catchers' signals to the pitcher electronically with a camera in the centerfield grandstands, decoding the signs in the replay room and relaying them to the batter by banging on a garbage can lid all before the pitch was thrown.

The new technology seeks to prevent another Astros-like episode from ever occurring again.

Maldonado wears a nine-button keypad on his shin guard and gives signs to the pitchers by pressing the buttons. Odorizzi and Verlander had receivers in their hats which told them the kind of pitch and its location that Maldonado called.

According to the article, Odorizzi used the technology only when the opponent had a runner on second base. However, in Verlander's eight-inning stint on Saturday night against the Mariners in Seattle, he never allowed a runner past first base, but he and Maldonado used PitchCom on every batter.

Verlander allowed only three harmless singles and faced only 27 batters in his eight innings, striking out eight and walking none. The Astros managed to score four runs and won the game 4-0, evening Verlander's record to 1-1.

In his first outing, Verlander pitched nearly as well, giving up one run as the Astros were blanked 2-0. His earned run average after Saturday's shutout victory was a miniscule 0.89 and looks like he's on his way for another run at the Cy Young Award.

"I'm not some dinosaur who can't adapt," Verlander told the Chronicle reporter with a grin. "I thought that about myself when I was debating on using it (PitchCom) or not. I like it. It was great."

Not all the Houston Astros' pitching staff are using PitchCom, and they are "all for it" but needed more time to familiarize themselves with the new devices, according to pitching coach Josh Miller.

KWICKIES...While on the subject of the Astros, they opened their 2022 home season Monday night against the Los Angeles Angels. A Street Fest party took place from 4-6:30 p.m. on Crawford Street which featured live music, face painters, photo booths, and other entertainment. The first 10,000 fans received a Yordan Alvarez AL Championship Series trophy bobblehead and all fans got a magnet schedule.

Astros' rookie shortstop Jeremy Pena helped his 39-year-old pitcher Justin Verlander by belting a single, double and triple in Saturday's 4-0 win and became only the second player in franchise history with three 3-hit games in the first eight games of his major league career. Hector Torres was the first in April 1968.

Chicago Cubbies outfielder Seiya Suzuki has started his major league career with a bang by blasting four home runs, is batting .400 and has hit safely in all eight games with an at-bat through Sunday.

Former University of Texas golfer Jordan Spieth rolled in an 18-foot birdie on the 72nd hole to force a playoff with Patrick Cantley. But his best shot was when he blasted out of a sand trap from 56 feet, landing seven inches from the first playoff hole, sunk the par and won the RBC Heritage PGA Tour Tournament at Hilton Head, S. Car. It was Spieth's second-straight tourney win on Easter Sunday.

The Houston Gamblers won their United States Football League opener Sunday over the Michigan Panthers 17-12 at Birmingham, Ala. in a return of a similar league that played in the 1980's in the now-shuttered Astrodome. The Gamblers are coached by former University of Houston and Texas A&M head coach Kevin Sumlin while the Panthers are led by former Houston Oilers coach Jeff Fisher.

And speaking of famous head coaches showing up with a minor league team, Orange native Wade Phillips will be one of the eight head coaches in the newly-formed XFL which is due to kick off in 2023. Other well-known names in the NFL and college ranks include Jim Haslett, Reggie Barlow, Bob Stoops, Hines Ward, Rod Woodson, Anthony Becht and Terrell Buckley according to Dany Garcia, co-owner and chairwoman of the XFL.

JUST BETWEEN US... I never really got to know R.C. Slocum while he was starring on the football field at Stark High School or even as an All-Conference tight end at McNeese State because I was already graduated and used up my four-years of Cowboys eligibility before his freshman year. But I met him at an event at Texas A&M where we played in a golf tournament together in the early 1970's and have been good friends ever since. I was saddened last year when he told me had had cancer, but said he was fighting it like hell every day and was going to beat it. At Christmas he said he was beating it slowly which perhaps was an answer to all my prayers I said for him over the time. In January, he was declared cancer-free following treatments through Baylor Scott and White in College Station and M.D. Anderson Cancer Center in Houston, according to Sunday's Houston Chronicle. "The sooner the diagnosis, the better chance you have for a successful outcome," he said. Even though he's the most successful Texas A&M football coach ever with his 123 victories, this win over Hodgkin's lymphoma was his most revered.