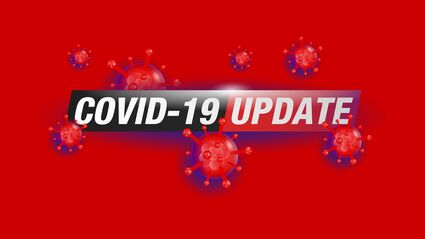 As the temperatures rose this week, people across Orange County could bare their arms, their legs, and their faces. Covid 19 has almost disappeared.

But Covid 19 is not a disease to be forgotten, especially in Orange County. which has a high per capita death rate. The County Emergency Management Department at the end of April reported the county has had 375 deaths since 2020. That calculates to one death per every 226 people in the county.

Orange County statistics show 37 percent of the population has been vaccinated, with people 65 and older having a 70 percent vaccination rate.

Texas has had 88,377 deaths, meaning at least one in 328 people have died. The statewide vaccination rate is 62 percent with 88 percent of the residents 65 and older getting their shots.

The United States is about 2,000 people short of reaching One Million deaths and according to the Johns Hopkins Covid data, at least one in every 335 people have died. Nationally, 66 percent of people have had vaccines and 91 percent of senior citizens are vaccinated.

The virus was first reported by Orange County Emergency Management on March 27, 2020. The number of positive cases increased daily, and was up to 45 cases two week later.

The department announced the first death on April 24, 2020, and the county that day had had 66 cases.

County records show that another death was reported in June 2020, but cases still stayed low. The pandemic seems to have started here by the end of the month. On June 24, 2020, the conty had 191 cases with 79 active and three deaths. Then a week later, the county had 304 total cases and 166 active ones. The death rate remained at three.

August 2020 began with 991 active cases, 1,412 total cases and 21 deaths. In the middle of the month before Hurricane Laura hit, the county had 1,667 cases, 1,053 active cases and 28 deaths. President Trump visited on August 29, days after the storm hit. Orange Mayor Larry Spears Jr. who had been invited to meet with him, tested positive for Covid as part of the precautions and was not allowed into the gathering with the president.

Vaccines for limited groups of people became available in early February 2021, but cases and deaths continued to climb.

Covid declined in Orange County last summer, but picked up by August. After another surge, cases went down again. May brings a respite to the spread, though some areas of the country are seeing new variants infecting more people.