Ideas from the past put to good use in today's Orange 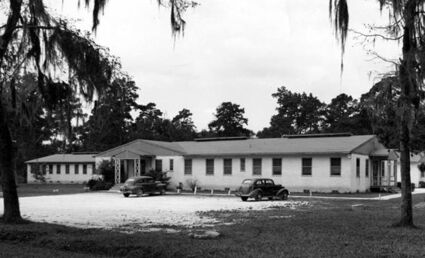 The current Orange City Council is taking an idea from the past and making it new again. The new recreation center set to open this summer will have two basketball courts and activities, but it won't compare with the Orange Youth Center, built from a remodeled World War II hospital.

The Youth Center opened in June 1958, with its glory days through the 1960s and 1970s, when it named the Thomen Center in honor of Mayor Martin Thomen Sr., whose son and grandson also served on the council through the years.

The Youth Center opened in June 1958. It included a skating rink where youth members could check out boot-skates to roll around on a expansive wooden floor. A jukebox nearby took nickels to play the latest popular 45 rpm records. The area had a concession stand selling snacks along with ping-pong tables and an area with tables and chairs. A perfect set-up for a teenager in the Baby Boom era.

If someone didn't like skating or ping-pong, they could go to the Billiard Room next door where several pool tables were set up. Cues, balls, and chalk were provided

The first summer the Youth Center was open from 8 a.m. to 11 p.m. Teens ages 13-19 were given free city membership cards to use the facilities. At the time, the city of Orange had a population of 31,556, compared to 19,324 in the latest census.

But the center wasn't for teens only. The first public library was on the grounds. OCARC started there and with its workshop and offices. The Orange Junior Rifle Club had a rifle and pistol range. The Orange Service League operated a county history museum with educational programs.

The Orange Community Band had a rehearsal hall and music library. The Civil Air Patrol for boys had a space, as did the Junior Police, the Cancer Society and Camp Fire Girls. The Orange Art League had a studio and gallery. The Orange Bridge League had spaces to play cards.

The Youth Center had more than 30,000 square feet that had originally been constructed during World War II as a city hospital. When local industry, along with business leaders and Orange County built Orange Memorial Hospital on Strickland Drive, the city hospital closed.

The sprawling old hospital was built on a triangular area at the intersections of Park Avenue, Burton Avenue, and 20th Street. The was booming with new houses constructed after the war. Las Sabinas Historical Journal, published by the Orange County Historical Society, reports the city council appointed a special commission to study needs for a community center. Two high school students were chosen to be on the commission.

The public and civic groups all became involved and shared their ideas. Not only did the clubs and groups give their suggestions, but they held fundraisers to help with the remodeling.

Mayor Herb Meeks oversaw the conversion of a wood frame hospital into the youth-community center. The remodeling cost $75,000, or about $747,000 today, according to the U.S. Department of Labor inflation calculator.

The Orange Public Library opened in the building constructed as a polio ward during the early 1950s during an epidemic.

An area outside had a playground and a grassy area for neighborhood touch football games (avoid the big ditch running through it). The ditch was filled in by the time big Easter egg hunts were held annually beginning about 1980. A large, white gazebo was built on the lawn in the late 1970s and was popular for photographs and gatherings.

Through the years, the center was used for public and private meetings, birthday parties, bridal and baby showers, teas, and even elections. Classes for arts, crafts, cooking, and a variety of other studies used the rooms. A double-sized room was referred to as "The Elephant Room" because it had a slide shaped like an elephant with children sliding down the "nose."

Everything was basically free at the community center. The Beaumont Enterprise reported in September 1981 the city wanted to start charging small room rental fees. People protested and promised to raise money to continue to support the center. The city held back on the fees. 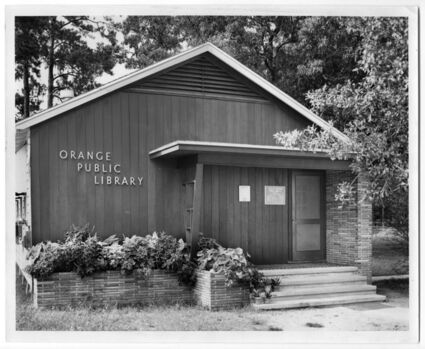 Times, though, changed and the population moved into rural areas. The community center wasn't used as much. Some city offices were moved there in the 1980s, but the community wasn't using it as much. Areas were closed off and grew into disrepair.

Hurricane Rita in 2005 blew parts of the roof off and caused enough damage that the city decided to abandon it. The property was sold to the Stark Foundation and the community center was demolished to make room for the Shangri La Botanical Gardens and Nature Center parking lot.

The city kept a piece of the property and has a small, neighborhood playground there.

Now, a new generation of Orange youth will be having fun and making memories at the new Orange Recreation Center, which is on the site of the former city natatorium.