Sport of Horse Racing receives much-needed shot in the arm 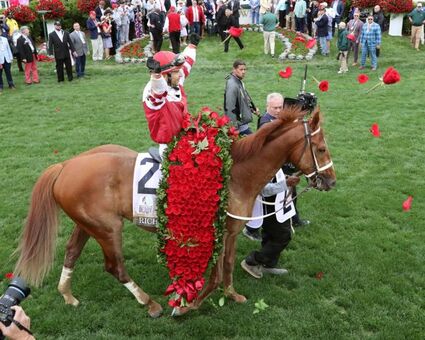 Before Saturday’s Kentucky Derby, the sport of horse racing was virtually on oxygen getting ready to perhaps sing its Swan Song.

The sport was under intense scrutiny after the industry had been rocked by scandal in recent years, including the disqualification of last year’s Kentucky Derby winner Medina Spirit for failing a post-race drug test after crossing the finish line first.

The Medina Spirit disqualification resulted in a horse-doping conspiracy involving trainers and veterinarians and the punishment of its highest-profile trainer Hall of Famer Bob Baffert, who is currently serving a 90-day suspension imposed by Kentucky racing officials which kept him out of Saturday’s Derby.

East Coast trainer Jorge Navarro is serving five years in prison for his role in a horse-doping conspiracy. He also was fined $25.8 million. Trainer Jason Servis is set for trial next year as part of the same case, according to an article appearing last week in the Houston Chronicle.

The sport had a difficult time policing itself, which got the federal government involved in 2020. The result was the Horseracing Integrity and Safety Act, which is set to go into effect July 1.

“The Act will be implemented in stages, with the racetrack safety program starting immediately. The antidoping and medication rules aren’t expected to begin until early 2023 leaving states in charge for now,” the article points out.

How Rich Strike even got into the race will probably never happen again. Before the draw for post position began early last week, Churchill Downs officials announced that Un Ojo would not be entered after his trainer Ricky Courville said the horse had a bruised right foot.

Un Ojo’s withdrawal allowed Ethereal Road to take the No. 20 post position. But on Friday, Ethereal Road’s old leg injury still bothered the horse and he had to be scratched from the field, making way for also-eligible Rich Strike, who was in the No. 21 position and rounded out the 20-horse field.

Saturday morning’s early line had No. 21 Rich Strike as a 99-1 shot to win the 148th Kentucky Derby. By post time his odds “improved” to 80-1. His jockey Sonny Leon had been planning to visit relatives in Florida with his family for the Mother’s Day Weekend when he knew he wasn’t on a horse in the original 20-horse Derby field.

But the little-known Leon gladly put his travel plans on hold when Rich Strike got the call to run for the roses.

I usually make a few small bets and drive over to Delta Downs to place them before the race starts. I always make what I call a “stupid $2 Exacta Box bet” involving the horse with the longest odds and the favorite.

But my mistake was using the 20-horse field that appeared in Friday’s newspaper and bet on No. 17 Classic Causeway at 78-1 with favorite No. 3 Epicenter at 4-1.

The reason Rich Strike wasn’t in the original 20-horse field was because it had won only one race and finished third twice and its earnings were $111,000 and 21st in winnings.

Epicenter was breezing along, leading at the top of the home stretch, with No. 10 Zandon—the early favorite—right behind. All of a sudden Rich Strike comes out of nowhere and blows past both of them near the finish line. The $2 bettor collected $163.60 to win, $74.20 to place and $29.40 to place.

Rich Strike will “more than likely” run in the upcoming Preakness Stakes at Pimlico Racetrack in Baltimore, according to his trainer Eric Reid.

And if I bet on him, it certainly won’t be on my “stupid $2 Exacta Box bet” unless Rich Strike is the favorite!!!

KWICKIES…It’s a shame the West Orange-Stark Mustangs have enough talent to make it to the fourth-round of the state playoffs for the past four years, but don’t have enough talent to even make the Willie Ray Smith Award finals. If I didn’t know better, I’d think there were some politics played in keeping Mustangs out of the final voting!!

Detroit Tigers veteran Miguel Cabrera, who got his 3,000th hit last week, hit his 600th double last weekend against the Astros. Cabrera, a native of Venezuela, joins Hank Aaron and Albert Pujols as the only players in major league history to total 3,000 hits, 600 doubles and 500 home runs. Cabrera, Aaron, Pujols, Alex Rodriguez, Willie Mays, Rafael Palmeiro and Eddie Murray are the only seven players with 3,000 hits and 500 home runs.

Texas Aggie head football coach Jimbo Fisher is already publicly saying what he expects out of his 2022 team this fall. Last week he spoke to the Houston Touchdown Club and the Houston A&M Club Coach’s Night. Fisher believes talking early about his upcoming team will help him with recruiting and football camps in July. His Momma didn’t raise no fool!!

Max Homa outdueled Keegan Bradley in Sunday’s final round of the PGA Tour Wells Fargo Championship to win by two strokes and eight under par.

JUST BETWEEN US…When the Houston Astros began their current nine-game road trip against the Minnesota Twins last night, it pitted two of the hottest teams in the American League. The Astros won seven games in a row at Minute Maid Park and eight of their last 10 while the Twins have swept three of their last five series and have won 14 of their last 17 games after starting the season 4-8. Last night the Twins got their first taste of Astros’ ace Justin Verlander since 2019. Houston did most of its winning with brilliant pitching, timely homers and walk-off victories during the homestand. But they still haven’t regained first place in the American League West Division because the LA Angels are just as hot.