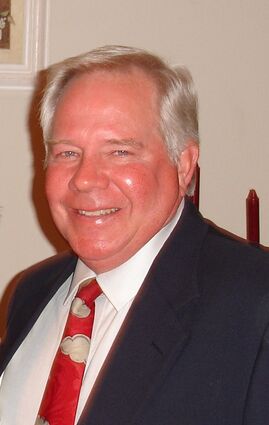 William Lane "Bill" Clayton passed away on Friday, May 13, 2022 at the age of 73 at his beloved ABC Ranch in Jones Prairie area of Cameron, due to a rare and incurable lung disease.  A celebration of Bill's life will be held on Saturday, June 4, 2022, at 11:00, AM, at the Little River Baptist Church Fellowship Hall in Jones Prairie just north of Cameron.

Bill, which he always preferred to be called, was born on April 26, 1949 in Orange, Texas.  At a young age, his family moved to Bridge City, where he grew up and graduated from Bridge City High School in 1967. After working hard to put himself through college, he graduated in 1973 from the University of Houston with a Bachelor of Business Administration in Behavioral Science Management.  He served in the US Army National Guard as a Parachutist.  Many times, he was asked why he would jump out of a perfectly good airplane.  His reply would be that he had to be prepared for active duty, if called.  He had great love for his country and was proud to be an American, topped with be a native Texan.

At the young age of 13, Bill began his 50-plus years of work as a bus boy and table server at the Wayside Inn in Bridge City.  Bill was a hard worker his entire life and was never without a job.  Following his college graduation, he was hired as Human Resources Manager at Texas Instruments in Houston.  A new start-up company in Round Rock, Applied Information Services, bought him away from TI.  Following the .com bust, he started Topaz Construction Company, where he was owner and operator for many years.  He soon became the sole-source construction contractor for the Pappas family and built several Pappaudeax's and Pappasito's in the Austin and San Antonio areas.  Missing the manufacturing world, Bill went to work for Motorola in Austin as Site Manager, then on to Pflugerville ISD, where he served as Director of Facilities and Support Services, until his retirement in 2016.

Bill had a passion for traveling around the world with his wife, Aloma, especially after their retirements.  They would pin, on a world map, the locations of their many adventures.  COVID canceled several of their trips, but they were able to make one last journey to Iceland before Bill was diagnosed with the lung disease. He was an avid hunter and marksman, rancher, fisherman, golfer that achieved three holes in one in his lifetime, builder, birdwatcher and gardener, especially at harvest time. Best of all, he enjoyed barbequing and cooking unique dishes for his friends and family.

Bill was preceded in death by his father, Donald William Clayton and mother, Inez Harden Clayton, along with his brother-in-law Bruce A. (Corky) Carr.

He is survived by his loving wife, Aloma Bunt Clayton, daughter Tiffany Clayton Swan and husband, Jed, of Cedar Park, stepson Byron Walker of Seguin, granddaughters Jillian and Charlotte Swan of Cedar Park and sister Chadene Clayton Carr of Carrollton, Georgia, sister-in-law Nancy Hollub and husband, Bobby, of Seguin, sister-in-law Kathy Traeger and husband, Steve, of San Marcos, and brother-in-law Jimmy Bunt and wife, Cindy, of Buda.  He is also survived by stepdaughters, whom he loved dearly, Debbi White of Lewisville and Laura Crawley and husband, Chris, of Katy, along with six step grandchildren, several nieces and nephews, many wonderful neighbors and friends, and his beloved Poochie.

In lieu of flowers, the family requests memorials be made to Little River Baptist Church, 3446 FM 979, Cameron, TX 76520 or to the charity of your choice.