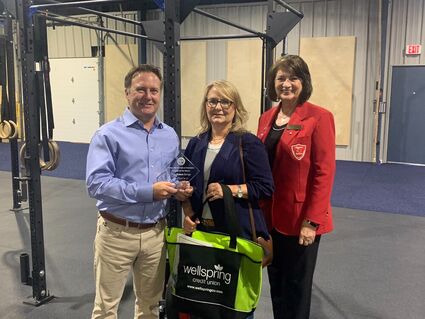 named Business of the Month for May 2022. Darrin Bigler was presented the award, sponsored by Energy

Country Ford, by Ambassador Lucy Fields at the May Networking Coffee hosted by 3 rd Coast Movement.

home and built Four Seasons Storage in 1992. Due to its success, a second, state of the art facility was