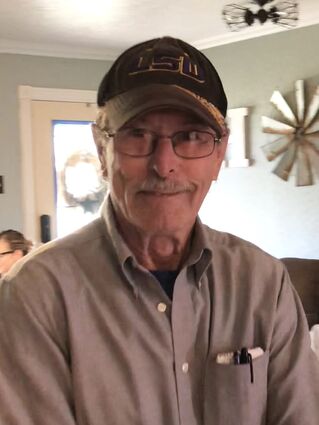 Gene was born in Morgan City, Louisiana, on December 26, 1942, he was the son of Steven J. and Sadie Budd Landry. True to his birth-state, he was a huge New Orleans Saints fan. Gene never met a stranger and was known for his witty comebacks that would fill the room with laughter. He was a busy body until the end, and had earned the title “Mayor of the Lake”. He also loved to cook and host crawfish boils. Gene even made his own wine that was quite good and hardly ever turned down. He would often stop by the V.F.W. and enjoyed singing karaoke and dancing; he was truly the life of the party. Gene was a deer hunter, avid fishermen, and captain of the lake. He found joy in taking his family on tours of the lake in his pontoon boat. He cherished watching each sunrise and sunset over the lake with his wife, Barbara. One of his favorite pass times was being with his grandson Michael and playing chess. He enjoyed traveling the world and always had his camera to capture the memories. Gene loved to help others any way he could and found joy in spreading his knowledge of the World with others. He loved his family more than anything, and was known as Pawpaw to his grandchildren, Michael and Katelyn, who were his world.

Cremation is under the direction of Claybar Funeral Home in Orange. The family will hold a celebration of life to be announced at a later date.