Astros strong on mound, weak with sticks after two months 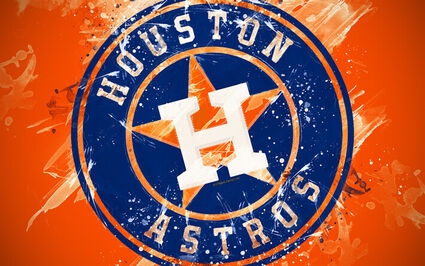 Anybody that thinks pitching isn’t 75 per cent of the game of baseball, needs to re-think their position on the subject—or take a gander at the American League West Division standings where the Houston Astros are leading by 3½ games and sporting a nifty .625 winning percentage with their 30-18 record in games through Sunday.

And the ‘Stroes have been doing most of their winning with their mound prowess, because their hitting with runners in scoring position is practically null and void.

The Astros enjoyed an off-day Thursday after playing 33 games in 34 days racking up an impressive 23-10 record, thanks to their 2.85 team earned run average, which ranks second in major league baseball, trailing only the LA Dodgers.

On Friday the team embarked on a nine-game road trip to the Left Coast, with three games at Seattle that almost turned out to be a Mariners’ sweep as ace Justin Verlander opened the series Friday and gave up four runs in the first two innings and six in six innings, including a career-high four home runs in the 6-1 loss.

Things didn’t get any better on Saturday when Houston was blanked by Seattle 5-0 and after a second inning solo home run by rookie shortstop Jeremy Pena found themselves tied at 1-1 in the eighth inning with two outs and nobody on base in Sunday’s series finale.

After fouling off half a dozen pitches, MLB weakest starting player catcher Martin Maldonado (hitting a paltry .123) ripped a ground-rule double, bringing in ace reliever Paul Sewald, who had only walked two batters so far this season. But he walked both Michael Brantley and Alex Bregman to load the bases.

Clean-up hitter Yordan Alvarez punched a single to left field, breaking the tie and Astros ace reliever Ryan Pressly closed out the 2-1 victory, thanks to a double play started by third-sacker Bregman.

Even by saving the Seattle sweep, Houston had scored two or fewer runs in eight of its last 11 games through Sunday, including only three during the Mariners’ series, but still was 7-4 during the run drought.

The team moved on to Oakland for three games which began Memorial Day, are off tomorrow and then heads for Kansas City with a weekend series against the Royals.

The Astros were still ranked as the third-best team in the majors according to this week’s USA Today Sport Weekly’s MLB Power Rankings, behind only the No. 1 New York Yankees and the second-place LA Dodgers, with Houston’s power definitely being on the mound.

And when it comes to relief pitching, Baker is blessed with the best bullpen in the majors with a skimpy 2.51 combined ERA. The backend is particularly effective led by closer Pressly and set-up men Rafael Montero, Ryne Stanek, Hector Neris, Blake Taylor and rookie Seth Martinez and multi-inning relievers Bryan Abreu (3.26 ERA) and Phil Maton (3.60).

Baker is confident the hitting will improve--after leading MLB in 2021—in the next four months and that the pitching staff will continue it dominance while the wins continue to pile up.

KWICKIES…Although the Houston Astros are third in the MLB power ratings, they rank No. 10 in MLB payrolls at $176.59 million, with second baseman Jose Altuve the highest paid with an annual salary of $29 million with Alex Bregman due to exceed that figure next year at $30.5 million.

Former Houston Texans quarterback Deshaun Watson, who must be making the women in Cleveland nervous now that he’s with the Browns, has angered the 22 women who accused him of sexual misconduct by having a $230 million fully-guaranteed contract and feel Watson has been rewarded for his bad behavior while in Houston. The Browns’ management believe the NFL will probably suspend him for all or part of the 2022 season and structured his contract so that all but one million dollars was put into bonuses. That almost sounds criminal to me.

Former Houston Astros ace pitcher Dallas Keuchel was designated for assignment by the Chicago White Sox last weekend after he yielded six earned runs in two innings Friday against the Boston Red Sox, inflating his ERA to 7.88. Keuchel was selected in the seventh round of the 2009 MLB draft and led the Astros to the American League Division Series in 2015, posting a 2.48 ERA and winning the Cy Young Award going away.

The Boston Celtics used the Miami Heat’s home court to win the seventh game of the series 100-96 and reach the NBA finals for the first time since 2010. The Celtics will meet the Golden State Warriors for the world championship starting tomorrow at San Francisco.

Marcus Ericsson won the Indianapolis 500 Sunday to become only the second Swede to ever win it by holding off some of the biggest names in North American Auto Racing—runner-up Peto O’Ward, Jimmie Johnson and Tony Kansan.

Despite losing in their respective conference tournaments, both the Texas Longhorns and the Texas Aggies will be hosting NCAA Baseball Regional Tournaments which begin Friday. The ‘Horns (42-19), lost to Oklahoma 8-1 in the Big 12 finals while the Aggies were bounced from the SEC by Florida 9-0 in the semifinal round.

JUST BETWEEN US…Congrats to the Orangefield Bobcats baseball team for a great season (28-4-1) by being the last team in Southeast Texas to fall in the state playoffs, running into Orange County nemesis China Spring, who ended their season in the Regionals and West Orange-Stark’s 2021 football season, also in the Regionals.