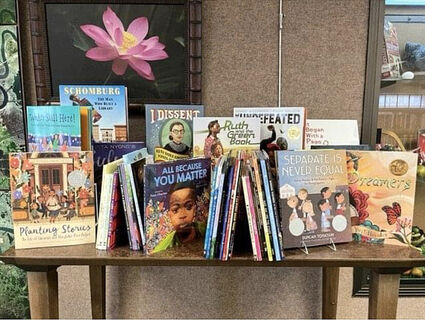 The Orange Public Library shows off more than three dozen children's books that were a gift from Dow Chemical. The picture books feature diverse subjects of kindness and inclusiveness.

The Orange Public Library received a surprise gift from Dow Chemical in time for summer reading. The company with a plant facility here gave more than three dozen new children's books to the library with diverse stories to tell history and empowerment.

Library Director Brenna Manasco said the library has received grants before, but not such a large gift of new books. She said the books were chosen by Dow from the Conscious Kid site. Many are award-winning titles or come with recommendations from book reviews. "They called and let us know they were bringing them in for us," she said.

The books tell stories of kindness, inclusiveness, diversity, and equality, she said. Stickers have been placed inside each book to show it was a gift from Dow.

"I love these," said Children's Librarian Katie Venable about the new assortment. The books have been catalogued and are ready to be checked out. Some families have already taken them home.

The books have colorful illustrations and are meant to be read aloud by parents, though some are also for elementary-age students.

Titles include "I Dissent," by Debbie Levy about the late Supreme Court Justice Ruth Bader Ginsburg. There's also "Ruth and the Green Book" by Alexander Ramsey Calvin that tells the story of a black girl during the Jim Crow Era of segregation who travels from Chicago to Alabama to see her grandmother.

"We Are Still Here: Native American Truths Everyone Should Know" by Traci Sorell about accomplishments of Native Americans. "Dreamers" by Yuyi Morales is a story about an immigrant who left everything behind to come to America with her infant.

"Planting Stories: The Life of a Librarian and Storyteller" by Annika Denise is about real-life Pura Belpre', who became the first Puerto Rican librarian in New York City. 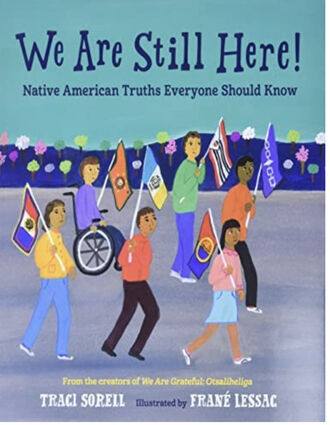 The library is still registering participants for the annual summer reading program with children keeping a log of the books they read. At the end of July, they can get prizes and awards for the number of books they have completed.

Every Wednesday morning in June through July the library has children's program for students of first through sixth grades. Orange Mayor Larry Spears Jr. will read to the group on June 8. Manasco said he chooses the books himself and enjoys spending the time with the kids.