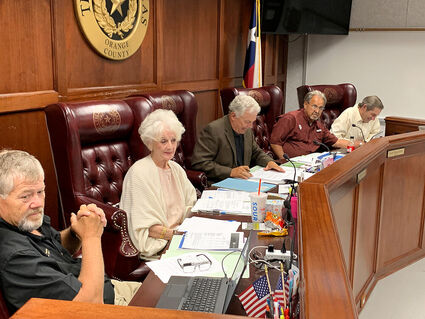 Orange County is getting healthy, both physically and fiscally.

That was the message left by Tuesday's County Commissioners meeting and an employee health insurance workshop that preceded it.

Midway through the last decade, a group insurance consultant labeled Orange County the least healthy in the Tuesday, Ashley Cureton, an employee wellness consultant for the county's employee insurance pool provider, Texas Association of Counties, said, "I use you guys as a positive review after years of implementing (employee wellness) programs.

"Congratulations, and let's keep it moving," she said.

While it's Cureton's job to implement wellness programs to improve employees' lives which keep down insurance costs for both county and TAC, she was accompanied to the meeting by Orlando Espinoza, employees benefits consultant for TAC.

He said the insurance company paid out $5.6 million for claims by Orange County's employees in Fiscal Year 2021 ($4.2 million for medical claims, $1.2 million for pharmacy claims) and had a loss ratio of 87.1%.

A loss ratio is the percent of a county's payments that are paid out to employees for their claims, which would leave TAC just 12.9 cents on the dollar for overhead and profit.

Orange County has 366 current employees enrolled for health insurance, along with about 103 retirees under 65 and 240 family members.

Good news for TAC is Orange County's loss ratio for the last three years is 78.4%.

Orange County pays 100% for its employees and retirees and about half for employees' dependents.

The county budgeted about $5.3 million in 2022 for insurance for employees and $2.1 million for its retirees' insurance.

Tuesday, commissioners agreed to pay a 3% raise in medical insurance for FY 2023, then voted to pay more to reduce the annual prescription deductible from $250 to $100.

That raises the county's payment from $923 per month per employee and retiree to $962.

In the meantime, the county offers incentives for better health, offering a non-smoker bonus, an extra day off for employees who undergo an annual physical. A health fair is also held.

There was talk by County Judge John Gothia that a new county health clinic could feature a doctor who treated the county's employees and families, a setup available in Chambers County.

"The first year we had to beg people to come in," Lori Ardoin, the county's human resource director, recalled of the county's health incentives. "The second year, we had vital health screening and this year, we already have 75% of our people signed up."

"We're certainly seeing the benefit of our people being a lot more healthy," Gothia said.

Auditor Pennee Schmitt was approved to spend $10,215 of the Laura funds to pay unemployment taxes after the government raised its rates four-tenths of a penny for each department's employees. 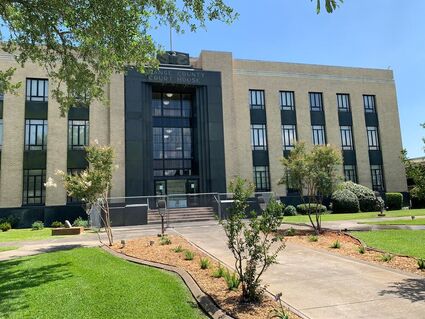 With help from a $200 donation from Master Gardeners and a $1,000 purchase from Cottage Cuttings of Orange, volunteers and county maintenance workers are sprucing up the front of the Orange County Courthouse, a project suggested by retiring Commissioner Theresa Beauchamp.

Then Schmitt won approval to spend $983,006 to replenish budgets impacted by Harvey.

"Why are we taking money from this Hurricane Laura Expenditure fund?" Commissioner Johnny Trahan asked.

"This is the $10 million we got for Laura," Schmitt explained. "We don't have a contingency fund. This is our contingency fund until you have a meeting on this Expenditures fund."

Gothia had said several weeks ago he wanted to hold a workshop to decide to designate where the FEMA receipts would go. He recalled that the county withdrew money from its General Liability fund to cover some expenses while waiting for the FEMA money.

Schmitt's line-item transfer had $430,500 from the FEMA account moving to the General Liability Fund.

The county okayed weekly bills payments of $20,820 for the week of May 31 and $1.04 million for the week ended June 7. Much of that went for a $455,000 payment to TAC's Risk Management Pool to cover property insurance for the next year.