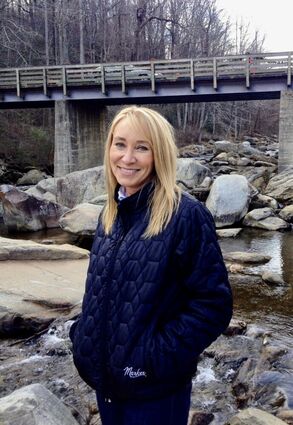 Kelly Smith Simmons, formerly of Orange and Houston, Texas, passed away peacefully on May 24, 2022, at her home in Arvada, Colorado at the age of 60.

She was a devoted stay-at-home mother to her two children until beginning her successful career as a piping designer in the early 1990s. Over the years her adventurous spirit led her to accept jobs all over, including Houston, Texas, Colorado, West Virginia, South Carolina, and Germany. Kelly was extremely loyal to her family and friends and made life-long friends everywhere she landed.

Kelly was a talented artist and photographer. She loved to travel and was quick to accept any invitation for an adventure. Kelly loved the outdoors, especially wild mushroom hunting in the forest of the foothills of the Rocky Mountains. She also enjoyed scuba diving and camping and was a skilled gardener. She was an outstanding cook and was the designated family gravy maker at holidays. She could make any recipe, new or old, into something special. She loved music, dancing, and living life to the fullest. Kelly was a nurturing mother and caretaker to all

her loved ones, friends and family alike.

Although she excelled at many things, being a hands-on grandmother was one of her greatest gifts and she was deeply loved by her grandchildren.

Kelly was truly loved by all who knew her and she will be profoundly missed.

She was preceded in death by her son, Brennan Clarke Covington; mother, Sue Kelly Smith; and father, Jack Wilson Smith.

In lieu of flowers, donations may be made to MD Anderson Cancer Center at http://gifts.mdanderson.org.