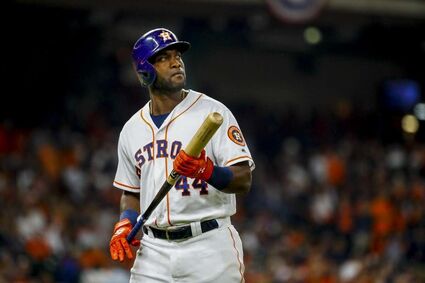 The Houston Astros have been to three World Series in the last five years, mainly because they had the right players for the job on their rosters.

During the entire 2021 season they kept talking to shortstop Carlos Correa trying to find out what it would take for him to sign a contract extension and forget about testing the free-agent marketplace after the season ended.

The crafty shortstop dropped a few hints like wanting to be the highest-paid shortstop in the major leagues and would like a five or six-year deal.

Throughout the season Astros general manager James Click threw out some numbers to Correa without much response. As the end of the season neared, the offers became better, but Correa was bound and determined to see what’s out there in the free agent market.

Of course, every time the two talked, it was big news around the Houston area. Many fans were calling Click cheap for not doing what Correa and his money-grubbing agent Scott Boras wanted.

When Correa decided he wanted to play for the Minnesota Twins in their cold, open-aired stadium, Click and owner Jim Crane didn’t even make a counter-offer and decided to go in another direction and sign Houston’s two young sluggers—Yordan Alvarez and Kyle Tucker—to long-term contracts—and forget about the “Pay Correa” crowd. Both Alvazez and Tucket are eligible for salary arbitration after the 2022 season.

Correa ended up getting a contract among the highest in the majors, but his demand for a long-term pact ended up being for only three years. His Twins currently are leading the AL Central Division, but the other four members are playing under .500 in the weak division.

Correa may have figured that if he got tired of watching Houston in the playoffs and possibly the World Series on his home TV in the next three falls, the Astros would welcome him back with open arms.

That half of the extra money the Astros were willing to pay Correa to stay in Houston now belongs to Alvarez, who last weekend verbally agreed to a six-year, $115 million contract extension. Most MLB experts believe the Astros got a bargain for the 24-year-old slugger who will still learn a lot through the end of his contract in 2028.

That’s a lot of monetary commitment, but it seems to be working, despite several of the high-dollar Astros having a subpar season after two months. Houston is tied with the New York Mets who each lead the majors in their respective divisions by 8 ½ games through Sunday.

Alvarez came to the Astros for reliever Josh Fields during the 2016 trade deadline. Alvarez had not appeared in a game for the Dodgers affiliate when the Astros got him. Fields finished his career with the Dodgers with a 2.16 ERA in 124 appearances.

Alvarez came into the major leagues with a bang. He won the American League Rookie of the Year by unanimous vote despite only playing in 87 games in 2019, according to the Houston Chronicle last weekend.

Knee surgeries sidelined him for most of the COVID-19-shortened season, but he bounced back to smash 33 home runs and 35 doubles while being the designated hitter and outfielder last season.

Houston finished a successful nine-game road trip which ended Sunday, going 6-3 with Alvarez getting multiple hits in seven of those games, with four home runs, a triple, a double and nine RBIs. He’s brought his batting average up from .188 last month to .296 through Sunday. He is among the major league leaders with 16 home runs and 34 RBIs.

If those Astros fans think the front office was “cheap” dealing with Carlos Correa, this week’s Yordan Alvarez 6-year, $115 million could very well look like a steal.

KWICKIES…The Houston Texans signed 33-year-old pass rusher Jerry Hughes, who had been a key player for the Buffalo Bills, who outlasted four head coaches and four defensive coordinators at Buffalo, hopes to bolster a Houston pass rush that had the fifth fewest sacks in 2021. Hughes is one of the few players still active in the NFL who played in the Astrodome.

The Philadelphia Phillies fired manager Joe Girardi after his team is sitting 12 games behind the first-place New York Mets after a flurry of offseason signings to their star-studded roster. He was the fifth manager since the fired 2008 World Series Champion manager Charlie Manuel in 2013. Girardi, the former World Series-winning manager, suffered the same fate when he was with the New York Yankees.

JUST BETWEEN US…Yordan Alvarez had a chance to hit for the cycle in Sunday’s game at Kansas City, needing only a double in the top of the ninth inning, but was hit by the pitcher, nullifying his chance for the rare feat. He was the third Astros to be plunked in the game. With two out in the bottom of the ninth, Astros closer Ryan Pressly needed to throw inside to post the game’s final out with Houston leading 7-3. After the second straight inside pitch that moved the batter’s feet, the umpires warned both benches about having a beanball war. Pressly took offense and questioned the umps. Catcher Martin Maldonado showed the umpire his card of where to pitch every hitter—which was inside to this particular batter-- to no avail. Pressly didn’t like the umpire’s reasoning and was tossed from the game. The Astros got the final out—after Manager Dusty Baker used two more relievers—and went back to Houston--with a 7-4 victory over the last-place Royals.