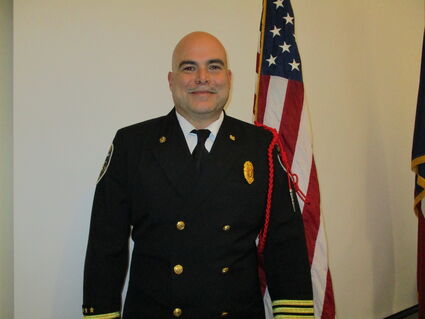 The City of Orange conducted the swearing in ceremony for John Bilbo to be the new Fire Chief on Thursday, June 9, at the Central Fire Station in Orange. Bilbo was sworn in by Judge Jim Sharon Bearden, Jr.

Chief Bilbo replaces David Frenzel who retired earlier this year as the city's Fire Chief after 25 years in the position. Frenzel said it was one of the proudest days of his life to see Bilbo officially replace him as the head of the City of Orange Fire Department.

Frenzel told those attending the ceremony there may have been doubt in some people's minds who would replace him, but not in his. "There was never ever any doubt in my mind who was most qualified for the job. I watched this man for the last ten years prepare himself for this position," Frenzel recalled.

After serving in the United States Army Bilbo attended the fire fighters academy and joined the Orange Fire Department in 2000. He became a Fire Captain in 2005 and a Battalion Chief in 2014. 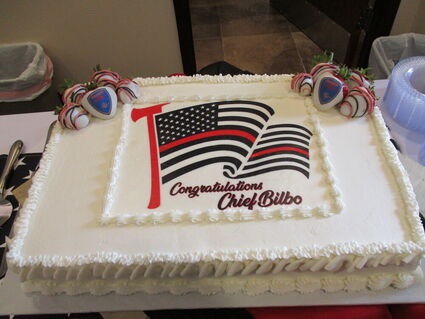 Bilbo thanked God for the opportunity to serve the City of Orange in the capacity as Fire Chief, his family and friends for their unconditional love and support to help him achieve this level of success, and the city officials in Orange for trusting him with the position. "The Orange Fire Department has provided me a career, a professional opportunity, unique experiences, and a bonus family because that's what we are down here, we are a family, all of which I'm eternally grateful for each and every day," Bilbo expressed.