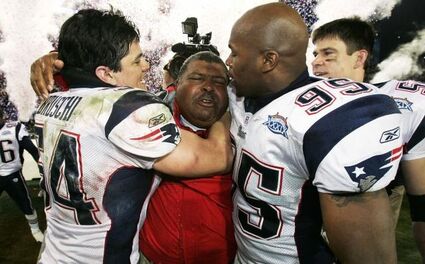 When I was playing college baseball for McNeese State back in the early 1960's, after the season ended and final exams were over, I would head home to Schenectady, New York and play summer baseball up there. It was a league consisting of college players past and present, some area high school coaches and even some former professional players.

It always gave me a good feeling to see some of my old high school teammates. coaches and guys I grew up with. It was something I always looked forward to.

But after the McNeese season ended in 1961-my sophomore year which was the best of my four-year collegiate career for both our Cowboys team and myself, personally -our coach asked about seven of my teammates and I if we would like to play in a college league out of New Orleans with our room and board paid for.

We all agreed and were sent to Jeanerette, which is between New Iberia and Franklin-both cities that also had a team in the league. The league had a commissioner in New Orleans-Monk Milazzo-who set up the schedules and handled the financial logistics of our room and board at the St. Francis Hotel.

We had a crackerjack team coached by former Cleveland Indians player Roy Weatherly and had only lost one game in the three weeks the league only lasted because of rainouts from those pesky afternoon showers that are so prevalent in Louisiana.

So, baseball in an organized league after the regular season was popular among college players-and it still is.

Those players who were on the 64 teams good enough to win their respective conferences or win at-large berths got to participate in the NCAA Division I Regional Tournaments with the winners going to the Super Regionals (which concluded Monday) and those eight winners making up the field for the College World Series, which begins later this week in Omaha, NE.

The Aggies swept Louisville while the Longhorns needed three games to dispose of the pesky East Carolina Pirates. Oklahoma, which upset No. 4 overall seeded Virginia Tech, will meet No. 5 overall seeded Texas A&M in the double-elimination portion of the CWS.

Texas will meet the tourney's Cinderella team Notre Dame, which hasn't been to the CWS since 2002.

My grandson Logan Smith, who was stationed at Ft. Benning for two years after graduating from West Point in 2020, was re-assigned to Ft. Wainwright in Fairbanks, Alaska-his choice-earlier this month.

Word got out before he even arrived that he pitched four years at Army West Point and was the Most Valuable Player in 2020. The collegiate summer team located there-the Alaska Goldpanners-wanted him as their bullpen coach.

And when they found out he still had a year of eligibility left because of the COVID-19 pandemic, they added him to the active roster.

The season began last week even though some of the players selected to their roster hadn't yet arrived.

Even though Logan hadn't pitched competitively since the 2020 college season ended prematurely in March, he was aware of the Goldpanners and communicated with the coach during the early spring and worked out pretty hard while at Ft. Benning.

In the second game of the season, the Goldpanners were losing 4-2 and were in deep trouble in the sixth inning, so Logan put himself into the game and quelled the uprising with only one run coming in.

He breezed through the seventh inning and his teammates rallied for four runs and the Goldpanners won 6-5 and Logan was credited with the mound victory. But now his best friend is a tube of Ben Gay.

There are at least 64 summer leagues around the country and the winners compete in regional tournaments and hope to reach the National Baseball Congress World Series, which has been played annually in Wichita, Kansas since 1935.

But the baseball is on Logan's own time because his real job at Ft. Wainwright is being the platoon leader of 35 men and women, arriving before them in the early morning and leaving after them.

On game days Logan hustles to the ball park in his military uniform and changes into his baseball uniform with the games starting at 6:30 p.m.

However, the big attraction for the Goldpanners is the annual Midnight Sun Classic, which is a game that begins at midnight June 21-the longest day. They will be hosting the San Diego Waves on Tuesday at midnight and will draw between 5,000 and 8,000 fans for the classic.

KWICKIES...The NBA Championship Finals between the Boston Celtics and the Golden State Warriors will be decided this week with the series tied at 2-2 going into Monday night's game at San Francisco. Each team has won every other game so the championship could be decided tomorrow at Boston or for sure Sunday at Golden State.

In major league baseball games Sunday, the defending world champion Atlanta Braves won their 11th game in a row, downing the Pittsburgh Pirates 5-3 but still trailing the first-place New York Mets by five games. The St. Louis Cardinals broke their 21-game winning streak when leading by three or more runs after the last place Cincinnati Reds rallied from an early 3-0 deficit to down the Cards 7-6. And the San Francisco Giants swept the LA Dodgers in a three-game series for the first time since 2016 with their 2-0 blanking Sunday.

Rory McIlroy successfully defended his RBC Canadian Open title with a scorching eight-under-par 62 in Sunday's final round to stave off rallies by Tony Finau and Justin Thomas to earn the $1,566,000 first-place money. Thomas was right on his heels until he faltered with bogeys on the last two holes.

I drove over to Delta Downs to place a bet across the board on the winner Mo Donegal with longtime friend Mutual Manager Peggy Vincent, who told me that there will be a strange attraction Saturday afternoon with a pair of races between camels and zebras.

Former Houston Texans defensive coordinator and interim head coach Romeo Crennel is finally hanging up his whistle at age 75 after a 50-year career in the game, mostly in the NFL. He said that one of the items on his bucket list that he intends to fulfill is going to all of the cities where he worked in the NFL and tailgate before a game.

JUST BETWEEN US...Houston Astros ace pitcher Justin Verlander possibly prevented his team from going into their usual June Swoon after losing four of five games at home, including three in row, by coming up with another solid performance Sunday, despite giving up four unearned runs in the top of the seventh inning thanks to three Astros errors. But Verlander was saved by the bullpen and four runs in the bottom of the eighth inning and recorded his major league-leading eighth victory against two losses and lowered his earned run average to a skimpy 1.94. Yordan Alverez has reached base in his last 13 games for Houston going into last night's game against the Texas Rangers, going 25-for-50 (.500) in that span with nine extra-base hits (four doubles, one triple, five home runs and 15 RBIs). Kyle Tucker has a career-best 11-game hitting streak during which he is 14-for-40 (.350) with three homers and seven RBIs.