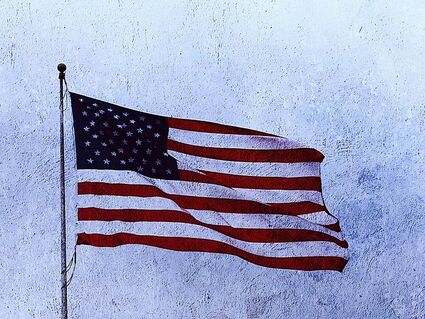 While the neighborhood children pop firecrackers and shoot bottle rockets Monday night, the big July 4 fireworks displays in Orange County are taking place on the east and west sides.

The City of Orange's celebration of the 246th birthday of the United States of America will be held at Riverside Pavilion, 708 Simmons Drive, beginning at 5 p.m.

Both events are free and open to the public.

Gates open at 5 p.m. for Orange's annual Fourth of July wingding, with food vendors and activities on site.

At 7 p.m. Logan Soileau takes the stage for a musical trip through the ages. The Louisiana native grew up with blues, jazz, Cajun and Zydeco music. After a move to Texas, he embraced flamenco, Latin pop, Texas Boogie and Houston rap.

He's set to play until 9 p.m. when the pyrotechnics light up the sky over the Sabine River.

Lawn chairs are encouraged, along with coolers, but pets are a no-no at Riverside Pavilion.

Weber, who will become Orange County's man in Washington in January because of redistricting, is bringing along to Vidor Dr. Rick Scarborough from Weber's hometown of Pearland.

Scarborough is a former Southern Baptist pastor who has a decade or so was called the Christian Right leader by some. He heads up Recover America, a group that pushes for Biblical solutions to real life problems.

He has said, 'I'm not a Republican, I'm not a Democrat. I'm a Christocrat. He has described AIDS as 'God's judgment, opposes same-sex marriage and said he is willing to be burned to death opposing gay rights.

Along with guest speeches by Weber and Scarborough, the Lone Star Winds, a Vidor-based woodwind group, will perform under the direction of Jacob McWherter.