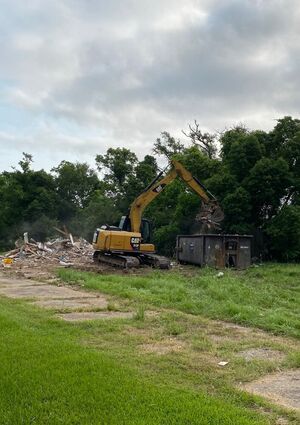 The city of Orange continues its effort to clean up as more sub-standard buildings were torn down. The clean-up goes along with the progress on adding new residences.

DSLD Homes Southwest received permits for eight new houses in the Cypresswood Village subdivision between Highway 87 South and FM 105. The city does not list values on residential permits. However, the DSLD website advertises the houses between $230,000 and $280,000.

D.R. Horton Homes had a permit for one new house on Allie Payne Road at Mallard Lakes development. The company's website lists a new home on Allie Payne, west of Little Cypress Intermediate School, for about $350,000.

Also in the residential category, the city issued two permits for house add-on projects, ten for home remodeling, and two for swimming pools. In addition, a permit for a $45,000 residential concrete pad was given for 8809 Martin Luther King Jr. Drive. Three permits for residential fences plus two for home garages were granted.

People continue to prepare for hurricane season and power outages by installing generators. Nine permits were issued to connect home generators to electricity and 15 permits were for gas connections to generators. Rogers Lumber Company on Old Highway 90 had a commercial permit for a generator.

For more than a year, city building permits have included home solar electricity installations. In May, three more were issued.

The commercial permits have Tregre Enterprises, 1813 DuPont Drive in the Cove neighborhood getting a $43,000 worth of concrete work for a new parking lot. Orange Stationer at 701 Division Avenue in downtown continued to get permits related to its remodeling pr0ject.