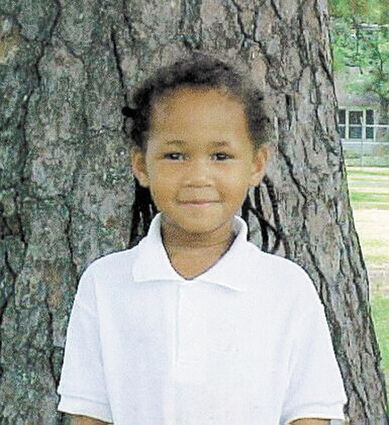 Twenty years ago, a few people were getting music from the internet thanks to a new device called the iPod. Netflix mailed DVDs. Less than half of Americans had broadband internet service. No one had dreamed of a smartphone that people would allow people to have a computer in their pocket, or conceived of social media.

Technology has changed the world in two decades. But technology still has not caught up with Orange County's biggest mystery. Who killed little Dannarriah Finley on the Fourth of July,w 2002?

He points out how DNA samples led authorities in 2018 to the Golden State Killer, a serial murderer and rapist whose crimes spanned 1974-1986. Those crimes were never forgotten and reopened periodically through the years.

And no one in Orange is going to forget 4-year-old Dannarriah Finley, especially in the police department. The little purple shorts and flowered shirt she was wearing when she was taken from her home and killed are framed on the wall in detectives offices. Other charts and evidence are also displayed as a constant reminder of the unsolved crime.

Ashworth wasn't even with the Orange Police Department twenty years ago. "I'm the first to be sitting in this chair (head of detectives) who wasn't here at the time," he said. The other detective captains before him are now retired.

However, he can't complain about how the investigation was conducted. Orange police at the time called in Texas Rangers and FBI agents. Dozens worked gathering evidence and interviewing people.

"I've never seen a case before or after that was investigated so thoroughly," Ashworth said. "We have binders and binders full of evidence."

He's read up on the case, as have others who were not at the department during the summer of 2002. They also keep up with the latest forensic developments. "It's incumbent on us to keep aware of new technology that comes on line," he said. If new technique is developed, they will have their evidence tested again.

Her mother, Jaimie Arnold, reported Dannarriah missing to police the afternoon of Thursday, July 4, 2002. She told officers she had seen the child at 4 a.m. and saw the girl was missing when she awoke about 10 a.m. Before calling police, she looked through the neighborhood and called relatives.

The family lived in a small wood frame house in the 1000 block of Fourth Street, across from historic shotgun houses off Park Avenue and Fourth. The house was demolished after being damaged by Hurricane Rita. Police think the girl was taken from the house, possibly by someone she knew.

The day after she was reported missing, her photograph was taken by every business in Orange and the surrounding area. The photos were displayed everywhere and the little girl was the talk of the town.

On the Saturday after her disappearance, hundreds of volunteers, including the Equusearch horse team, worked in 100 degree heat to look for Dannarriah. They checked every brush pile and storage shed, and crawled under houses in an area from Green Avenue north to the interstate, and west of Simmons Drive and east of 16th Street. The child was never found.

Mount Zion Baptist Church under the Reverend C.W. Crawford on John Avenue, down the street from the house, became a central gathering place for volunteers searching and those providing food and water. The church had a special service for the child.

The bad news came on the Monday of July 8. A worker on Pleasure Island in Port Arthur, 27 miles away, found the decomposing body of a child on the hot sand. An alligator had been swimming nearby. Tests were rushed and the victim matched Dannarriah. Port Arthur police also joined the investigation.

The child had been wrapped in a colorful flowered sheet that had been made years before by Springfield. Photographs of the sheet were at businesses next to Dannarriah's picture and police asked for help in linking the sheet to someone. No one came forward.

Mount Zion Church held her funeral with more than 750 people throughout the community mourning the loss of the child who died days before her fifth birthday.

That loss is still mourned, especially by police. And as a new generation of law officers takes on the case, they promise they will not forget little Dannarriah Finley.

Anyone with information about the kidnapping and murder should contact the Orange Police Department Detective Division at 409-883-1026, or Crimestoppers at 409-833-TIPS.