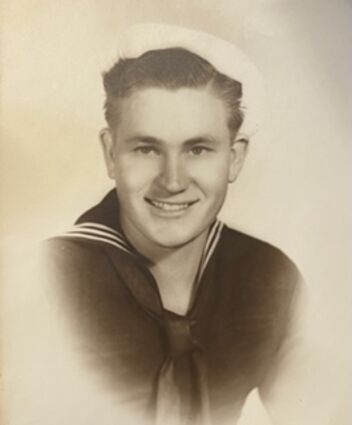 Funeral services will be 11:00 a.m., Tuesday, July 12, 2022, at Claybar Funeral Home in Orange. Officiating will be Pastor Matt Chandler of Lifeway Church in Orange. Carl will be buried at Orange Forest Lawn Cemetery.

Born in Beeville, Texas, on April 21, 1925, he was the son of Bertie Lew and Quinn Dearing. Carl was the youngest of two brothers and two sisters. He moved to Lufkin as a young boy, and when he was older moved his family to Orange to work at American Bridge. Carl proudly served in the U.S. Navy in World War II. He was always a very independent man, when offered help his usual reply would be, “I got this.” Carl had four sons, three

grandsons, and two great-grandsons, before he was finally blessed with a girl in the family who was lovingly named Carlee.

He is preceded in death by his parents, Birtie and Quinn Dearing; sons, Danny Carl, and Paul Victor; great-grandson, Jake Dearing; and his siblings.