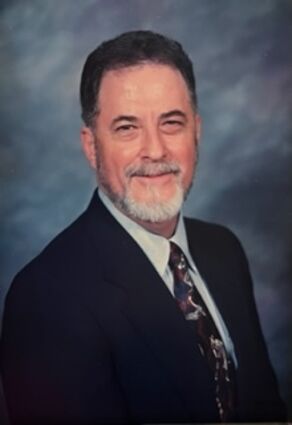 Larry Joe “Moe” Moreland, 77, of Orange left his earthly life on the wings of angels, at home, surrounded by his family on July 7, 2022.

Visitation was held Sunday at Claybar Funeral Home in Orange.

He was born in Jennings, Louisiana, on December 21, 1944, and was the son of Joe Burl Moreland and Lottie Granger Moreland.

A native of Vinton, Louisiana, where he graduated high school, he was known by all his classmates as “Larry Joe” and was the funny bone of the class, always playing tricks on everyone and living life to the max. He loved all his classmates and kept up with them throughout his entire life. He was a member of the Vinton Lions track and field team. He later graduated from Louisiana School of Broadcasting in New Orleans, Louisiana. He worked as a disc jockey at KREH Radio in Oakdale, where he met Vergie, the love of his life. Larry also worked at WYMT Station in Blountstown, Florida. Music was a very important part of his life.

He began his career in Orange at Levingston Shipyard in 1965 and for a short while at Dallas Beatle Furniture and Conn’s Furniture, but his life career was the 38 years he spent at Temple Inland in Orange. After retirement in 2007, he worked part-time at Claybar Funeral Home for 12 years where his coworkers kiddingly would say he put the “fun” in funerals. He enjoyed his years there because he loved people and felt that he assisted in providing a service to grieving families.

Larry enjoyed spending time with his family (especially his grandkids and great-grandkids), traveling the world, watching Houston Astros baseball and Dallas Cowboys football. In his later years, he spent his time painting and building birdhouses and feeders and drawing nature scenes from his native home, Louisiana.

He is preceded in death by his parents, Joe Burl and Lottie (Granger) Moreland; granddaughter Haleigh Wolford; sister Jean Burlene Courmier; and his great-grandson Brooks Mason.

In lieu of flowers, memorial contributions can be made to First Baptist Church – Deweyville. Special thanks to Baptist Hospital ICU, Mid-Jefferson Extended Care, and Southeast Texas Hospice, as well as Ms. Archie Dale Chambers and Ms. Veronica, who assisted in the care of Larry during his illness.