Lady Bobcats Warming Up for Volleyball 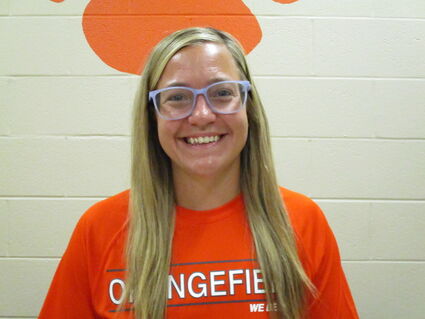 The high school volleyball season officially starts in a month during the first week of August. Coaches and players are allowed to do summer workouts once a week and attend camps before the season begins.

The Orangefield Lady Bobcats held a workout the first week of July with Ashlee Broussard Peevey who is starting her sixth year as the coach. Orangefield will play this coming season with a good group of girls returning.

Last year was a real battle in volleyball for Orangefield playing in a tough district that included strong teams at Bridge City, Little Cypress-Mauriceville, and Lumberton. Coach Peevey analyzed, "It tested our junior and sophomore classes a lot, and it allowed us to grow, but it was a very successful and fun season." The Lady Bobcats made the playoffs before being eliminated in the first round by a very good team from Splendora.

Peevey especially enjoyed the team chemistry on last year's squad. "We enjoyed coming to practice every day, we enjoyed being around each other every day, and with a group of teenage girls it's not always that way so you take those groups when you can, and we were very thankful for the season we had," Peevey expressed.

Madison Greenway was a leader for Orangefield last year, and she will be missed a lot according to Coach Peevey along with four other seniors because of graduation. Six Lady Bobcats who played on the varsity last year return for this season.

Libby Thurman is a defensive specialist who is very good on the back row for the Lady Bobcats. Thurman played significant time last season and is expected by Peevey to step up really well this year.

A six-rotation player should be Mackenzie Haley for the Lady Bobcats. Haley's goal is just to be able to attack from anywhere on the floor, and her serve is very good. "She's an outstanding leader on the floor for us," Peevey stated.

Multi-talented Harleigh Rawls does a little bit of everything for Orangefield on the volleyball court. During summer league Rawls did setting, and this could be her most important role this year for the Lady Bobcats. She previously served as the libero for the team and has played other positions. Peevey emphasized, "She's definitely our utility player, a hustling kid that you just want on the floor."

Returning as middle blockers are Kylie Mouton and Greenlea Oldham. "They are coming back with more experience from last year, so we're just hoping that will pay off for them," Peevey evaluated.

An important returning Lady Bobcat is junior Brianna Moore at setter. Coach Peevey explained, "With the experience she gained last year I expect her to be kind of our quarterback on the floor this year if at all possible. She also plays really good defense for us."

There are some holes to fill for Coach Peevey because of graduation last year. "We lost an all-around player, we lost a setter, we lost a hitter, so we do have some really important roles to fill even though I bring back so many. We do have a very large junior class that continues to contribute to our volleyball program," Peevey advised.

Some younger hitters are possibly moving up to the Orangefield varsity this season that will be trying to win spots in the starting lineup. Riley Fuller is a senior moving up from last year's junior varsity, and she will compete for a position on the right side.

The competition for positions on the back row will be very intense. Peevey indicated, "We hope to bring up a few more back row players, but those spots are highly competitive with the junior class that we have. We'll have to make some changes and adjustments. We do have some very promising players that played very well on our junior varsity for us last year to hopefully fill in those holes for us."

A strength again this year for the Lady Bobcats volleyball team should be their team chemistry. "We are facilitating that all summer by getting these girls up here to learn and meet the newer players, to learn each other and new roles. I think we're focusing a lot on team chemistry because we know that no matter where your skill level is if you don't have that team chemistry and that desire to play for each other you're not going to have the success that you should be having," Coach Peevey stipulated.

Another big focus in the summer workouts is serving. The coach wants her girls to be more consistent and threatening with their serves as the Lady Bobcats go through the lineup.

Leadership from the six returning Lady Bobcats on the varsity is expected. Peevey pointed out, "They have had a taste of success, they know what it takes, and they're very excited. This group at Orangefield is gradually getting more and more excited about volleyball which has been really fun to watch and to experience, so I think that pays off a lot for us. It allows us to have experienced players on the floor at any age and players that genuinely want to see our volleyball program have success. I think that's going to be part of what will help us this year."

This season will see a change in district opponents for the Orangefield Lady Bobcats. The University Interscholastic League (UIL) dropped Orangefield from the 4A classification to 3A because of the school district's enrollment numbers. The UIL did the same thing with Orangefield four seasons ago.

Coach Peevey is excited to be back in 3A with her Lady Bobcats. She predicts the new district will be competitive just like it was last year for Orangefield when it played in the higher classification. "I do think our time in 4A helps us. We're not afraid of those 4A teams, we're not afraid of big schools, we just go out and compete on the floor," Peevey emphasized.

Expectations are high for the coach and the Lady Bobcats entering the new volleyball season. There are some very good teams in the new 3A district for Orangefield, and it's going to be a battle night in and night out according to Peevey.

Hardin is one of the favorites entering the new season and is always very competitive. The Lady Hornets are well coached and have a strong tradition in volleyball. East Chambers cannot be counted out either for a district title.

The rivalry between Orangefield and Buna is always intense no matter what the sport is. Kountze has a new coach and should be improved this season. Peevey added, "I feel like every team in this district you can't count them out. When they show up, especially to play the Orangefield Lady Bobcats, they're going to put it on you, they're going to try with all their might, so we've just got to be ready." 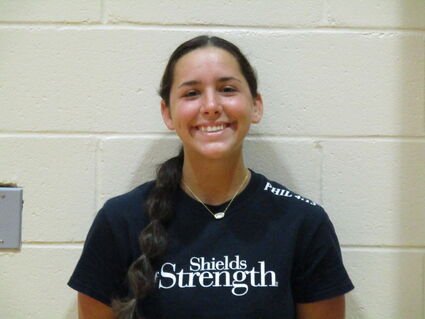 The coach described her expectations for the coming season. "My desire for the Lady Bobcats is always just to go out and give the best we can, compete on the floor every play, and where ever we end up in October, November hopefully that's first or second place in the district that's our goal, that's what we're looking for always a district championship. We just set our bar high and work towards it," Peevey concluded.

The season starts for Orangefield with scrimmages at Nederland and Vidor on August 5 and August 6. The Lady Bobcats will then host the Lumberton Lady Raiders on Tuesday, August 9, at the Bobcat Gym for freshman, junior varsity, and varsity games.

The district games begin on Friday, September 9, for Orangefield against the Kirbyville Lady Wildcats. The varsity game starts the action in Bobcat Gym at 4:30 PM.