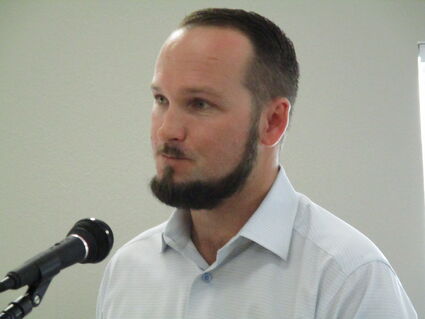 Construction of a possible recreational vehicle park in West Orange is on hold for now. It took over thirty minutes of discussion and three votes of the West Orange City Council before the request for construction of the RV park was tabled on Monday, July 18, until further review.

Vice President Austin Mellen of Dal Sasso Enterprises submitted the request to construct a 54-space RV park at 605 Foreman Road to West Orange City Secretary Theresa Van Meter on July 12. Mellen asked in a letter for the request to be put on the July council's agenda after he spoke with the city's Building Official Michael Corbett a week ago. Some changes had been made to the plans for the project, but Mellen added Corbett had not received the revised plans in time to sign off on them before Friday, July 15.

Mellen explained to the council that the plan for the proposed RV park would include individual sewage cleanout for each of the 54 units instead of one large communal cleanup system. About a year ago Dal Sasso Enterprises requested a variance to the ordinance requiring an office be located at the property because they wanted to manage the proposed property from their main office in the City of Orange, but that has changed and the company would now have an onsite manager from 8 AM to 5 PM every day.

The office to house the manager would have separate ladies and gentlemen restrooms. There would also be ADA approved showering facilities in the office complex according to Mellen.

There was one objection made to the construction of the RV park at its proposed location of Foreman Road and Williams Road. Robin Strother the plant manager at the Suez Water Technologies & Solutions facility asked the request be denied expressing concern about the possible safety hazards involved for the residents of the proposed park.

Strother indicated Suez would need an increased presence for security officers at the plant, an upgrade to the perimeter fencing with additional lighting for the facility, and adding security cameras on Williams Road for a total cost of $245,000 to Suez to operate the plant safely for just the first year.

With Suez located approximately 250 feet away from the proposed RV park the residents would be in a relatively close proximity to the possible hazards from increased traffic on the two adjacent roads and the dangers from the flammable and combustible chemicals stored at the plant. Strother spoke of the risks from the three 20,000-gallon tanks currently commissioned and three more similar tanks that will be commissioned early next year outweighing the benefits from the addition of the RV Park.

Alderman Jay Odom made a motion to table the request from Mellen to allow the council to review the city ordinance regarding RV Parks. "We can look at the distance between it and the chemical plant that's right there. They have room for 54 RV spaces. If there was some kind of upset at that facility it could affect a whole bunch of people. I do not really feel all that great about possibly putting somebody in harm's way," Odom warned.

Odom's motion was seconded by Lanie Brown, but before the council took a vote further discussion concerning the hazards of the chemicals stored at Suez caused Odom to ask to rescind his first motion to table the request. It was revealed later he wanted to make a motion to deny the request from Dal Sasso.

City Attorney Chris Leavins clarified the City Council would first need to vote on the initial motion to table the request. Odom voted against his own motion as did Brent Dearing and Meritta Kennedy which was matched by Brown, Mike Shugart, and Mayor Randy Branch who wanted to table the request for further review.

Odom's second motion to reject the request was seconded by Kennedy. The vote resulted in a tie again with the three that did not want to table the item earlier voting to deny it and the other three council members voted against the request being denied.

Mayor Branch then made a motion seconded by Shugart to table the request for construction of the RV Park until the city can receive further information about the chemicals at Suez, the blast radius of those chemicals in the case of an emergency, and Occupational Safety and Health Administration regulations concerning restrictions to the proximity of the park to the plant. This motion to table the request with the stipulations added by the mayor was unanimously approved by the City Council.

Mellen expressed his feelings about the council's decision to table his request. "I completely understand the council's concern. I'll be interested to see what else comes of the further investigation, and I'm very hopeful for the next meeting," Mellen concluded.

The Lark Group was awarded a contract to demolish up to four properties deemed substandard and hazardous to the citizens of West Orange. The four properties specified for demolition were 1813 Austin, 1925 Bowie, 211 Dayton, and 609 Greenbriar at a total cost of $20,600 to the city.

An offer for the purchase of the property at 1621 Western Avenue in the amount of $17,000 was approved by the council. The property at 2713 Stevenson Street was offered as a donation to the city by Kathleen LeBlanc. There are $12,859 in unpaid back taxes on the property. The council voted to table accepting the property until it was determined if the property has a clear title.

A resolution was approved authorizing the submittal of one or more applications to the Texas General Land Office for 2019 disaster program funds. The grants could be worth up to $1 million each. 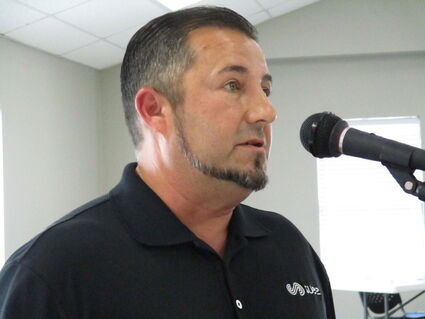 The Animal Control Ordinance No. 355 was repealed and replaced by a revised ordinance. Revisions to the ordinance added the acceptance of fowl and rabbits on tracts of one acre or greater in coops, cages, or hutches located no closer than 100 feet from any habitable building other than that of the owner. Regulations were updated for operators of bees colonies.

As is done every year an ordinance suspending for an additional 90 ninety days the effective date of Entergy's proposed rate increase was approved by the City Council. This will allow the Lawton Law Firm in Austin to review the requested increase before it goes to the Public Utility Commission for final approval.

During staff reports Assistant Fire Chief Simmie Gibson said the tentative update on the new fire truck West Orange is purchasing indicated the vehicle should be in Mississippi by the first week of August. The purchase will be tight for this budget year Gibson concluded.

The meeting began with a public hearing to receive input and comments regarding the Phase II Municipal System 4 Stormwater Management Program. There were no citizens who spoke during the hearing.