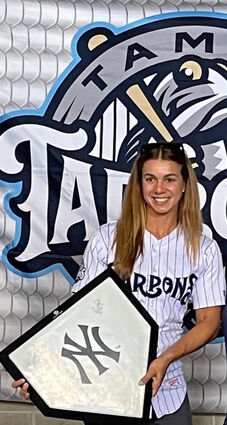 One thing National Football League players may or may not be aware of is the fact the team has a huge investment in every player and sees to it that they do everything above board.

If a player hangs out with the wrong crowd or gets arrested, members of the franchise delve into the situation with both feet and investigate the matter to the fullest before making any decisions or even making a statement about the alleged incident.

This was the case with All-Pro quarterback Deshaun Watson and his last National Football League team-the Houston Texans-and the 24 women that sued the quarterback, accusing him of sexual misconduct during s massage.

Twenty of those lawsuits have been settled and Watson is awaiting a decision about his punishment or lack thereof from the NFL which is expected to be handed down any day now by Commissioner Roger Goodell, who incidentally works for the NFL owners and not the other way around.

But the media never said anything about the Texans having an internal investigation of the matter, but believe me, the organization has reams of information about Watson's alleged escapades, some of which probably haven't even been made public.

There was only one lawsuit filed against the Texans by a woman about the Watson case which stated that the organization "enabled Watson's egregious behavior" according to an article appearing in Sunday's issue of the Houston Chronicle.

Right or wrong, the team settled the lawsuit Friday with no "admission of any wrongdoing" and also settled 29 claims involving Watson that have yet to be filed.

The Houston Texans just want to be done with Watson and his troubles which an undisclosed sum of money to the women apparently made the matter go away, according to the article.

Major League Baseball also verbally settled a federal lawsuit last Friday with the U.S. District Court in San Francisco that will cost them $185 million. Chief Magistrate Judge Joseph C. Spero is expected to grant his approval, according to the Associated Press.

MLB agreed to pay minor leaguers $185 million to settle a federal lawsuit alleging violations of minimum wage laws, a case that has progressed through the courts for eight years without reaching a trial.

I only wish this settlement had occurred some 60 years ago when it would have directly affected me in the days when 99.9 per cent of the players were out there for the love of the game and hoping to get a call-up to the big-league team. That $75 meal money they gave us to eat on during a six-game road trip just didn't cut it.

An early estimate is that perhaps 20,000 players could share the money. "This settlement is a monumental step for minor league players toward a fair and just compensation system," said the players' lead lawyer Garrett Broshuis, a former minor league pitcher.

"I've seen first-hand the financial struggle players face when earning poverty-level wages-or no wages at all-in pursuit of their major league dreams," he pointed out.

"We are only in the second year of a major overhaul of the 100-year-old player development system and have made great strides to improve the quality of life for minor league players," MLB said in a statement.

"We are proud that minor league players already receive significant benefits, including free housing, quality health care, multiple meals per day, college tuition assistance for those who wish to continue their education and over $450 million in annual signing bonuses for first-year players," MLB continued.

KWICKIES...Houston Astros ace starting pitcher Justin Verlander was in the American League dugout for last night's All-Star Game, but was definitely not going to pitch. He said he only wanted to pitch in games that counted-with the Astros-and not in "exhibition games". Verlander leads the majors with his 12 victories and is the first 38-year-old or older pitcher in MLB history to have 12 wins before the All-Star game and an earned run average under 2.00. His 10 strikeouts in Saturday's 5-0 win over the Oakland A's gave him 3,121 for his career and moved him into 14th place on MLB's all-time list.

And while on the subject of the All-Star game, slugger Aaron Judge was the first New York Yankee with 70 RBIs before the classic since 2010 when A-Rod turned the trick. However, Judge declined to participate in Monday night's Home Run Derby.

Cameron Smith became the first PGA member from Australia to win the British Open since Greg Norman in 1993 as his five consecutive birdies to start the back nine Sunday blew him past third-round leader Rory McIlroy to win the major event on the Old Course at St. Andrews Scotland. The beer-loving 28-year-old had four top-five finishes in the majors and fashioned a final round 64 and 20-under par to win by a single stroke over Cameron Young and two shots better than McIlroy. He said that losing weight made him gain distance on his drives.

Tiger Woods, who failed to make Friday's cut at the British Open still got a standing ovation from the large crowd. He said afterward that he has a hard time understanding why some of the younger golfers, who just came up from the amateur ranks, would give up playing in major tournaments or earning world rankings points to play on the LIV Tour, where the money is plentiful but the exposure is next to nil by entering just a few tournaments and playing only 54 holes with music blaring.

I'm happy to see the rivalry between my alma mater McNeese and Lamar will continue since the Cardinals re-joined the Southland Conference. The two teams will meet in the regular season finale on Nov. 19.

JUST BETWEEN US...We've seen women football referees and even assistant coaches for both the NFL and NBA, but we've never seen a female professional baseball manager-until now. According to this week's USA Today Sports Weekly, Rachel Balkovec is the first woman to be a full-time manager in affiliated professional baseball as skipper of the Tampa Tarpons, the Class A affiliate of the New York Yankees. The 34-year-old former softball catcher at Creighton and New Mexico, Rachel earned a master's degree in kinesiology from LSU before taking an internship with the St. Louis Cardinals in 2012, working in rookie ball in Johnson City, Tenn. and later became the first woman to be a full-time strength and conditioning coordinator in the minors.