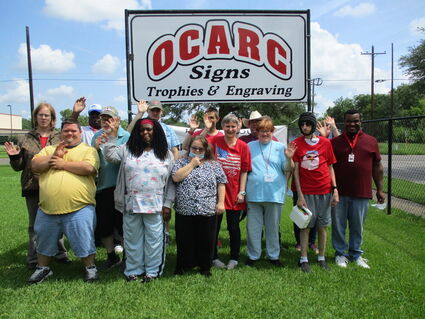 The annual OCARC Fishing Tournament will held the first weekend in August. The fishing tournament is the opportunity to win cash prizes for 32 fishermen while also helping the clients of OCARC.

This will be the 34th time OCARC has sponsored the always fun event. Weigh-ins will be done Friday, August 5, and Saturday, August 6, at the Riverside Pavilion in Orange.

There are usually 250 participants each year with the biggest participation being 390 fishermen a few years ago according to Thomas. Local fishing appears to be good right now on the Sabine River and Sabine Lake which has Thomas hopeful for a good turnout of fishermen in the tournament.

Cash prizes and trophies are awarded in 12 fish categories with second and third place awards in ten of those categories. Twenty-eight sponsors and over thirty co-sponsors help with the $4,000 in prize money.

The four big prizes are awarded for bass, speckled trout, redfish, and flounder. Those fish must be brought alive to the weigh-in on Friday or Saturday to be eligible for the prize money.

Other fish categories are "Sarge's" Catfish, White Perch, Sunfish or Perch, Croaker, Black Drum (must be 14 to 29 inches), and "Jane Borel" Grinnel. First place is $100, second place is $50, and third place is $25 in each of those categories. 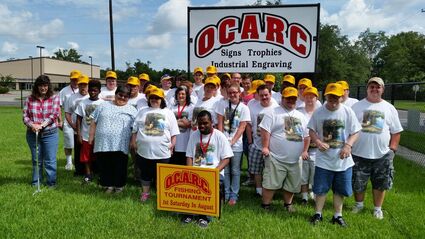 Thomas has been with OCARC for 48 years and says the fishing tournament is a once a year event that let's everyone know they are still working to help their clients have a better life. "Our tournament is not a serious tournament. We want you to get out on the water, having a good time catching some fish, come to the weigh-in and meet everybody," Thomas reminded.

Registration for the OCARC Fishing can be done online at ocarc.com or in person at the OCARC offices at 905 W. Park Avenue. The entry fee is $30. The office is open Monday through Friday from 7:00 AM to 2:00 PM.