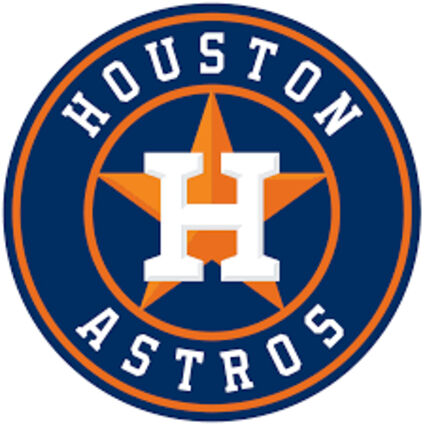 The Houston Astros appear to be a lead-pipe cinch to make the post-season playoffs and win the American League West Division championship with their 13-game lead in the standings and the second-best record in the league.

That’s not what the ultimate goal is by the Aug. 2 trading deadline for third-year General Manager James Click. He wants the whole enchilada—the 2022 World Series ring.

Houston is walking away with the division, mainly from its six starting pitchers and stingy bullpen.

But the offensive production ranks near the bottom, although the home run production is near the top of the league--just barely behind the New York Yankees, who boast the best winning record in the major leagues. However, the Astros were only .13 percentage points behind the Yankees, going into Monday’s action.

In last weekend’s three-game series against the formerly red-hot Seattle Mariners, the Astros quelled the home team’s impressive 14-game winning streak with a sweep which changed the second-place Mariners from 10 games behind Houston to 13 games behind.

Click will be burning the midnight oil this week, scrutinizing the rosters of the other 29 teams for players opting for free agency at the end of the season or outfielders who can hit for an average and have enough natural speed to patrol centerfield.

He also wants to get some veteran help behind the plate for 35-year-old Martin Maldonado now that back-up Jason Castro’s knee is not responding favorably to treatment.

Maldonado could possibly be the best catcher in the majors as far as working with the pitching staff and cutting down base stealers is concerned. But he has trouble hitting 150 points below his body weight.

And a good team can never have too much pitching. Last year at this time the Astros were next to pathetic in the bullpen. Click’s wheeling and dealing around the majors led to terrific upgrades in the relieving corps at last season’s deadline which played a huge role in the team reaching the World Series.

Houston’s pitching staff is near the top of the majors with an earned run average for the entire staff below 3.00. The relievers are even better than the team’s average ERA, especially set-up man Ryne Stanek and closer Ryan Pressly.

Stanek’s scoreless inning streak is to 27 innings through Sunday, which is the second-longest in franchise history by a reliever. Dave Smith had a streak of 27 1/3 innings in 1987.

Pressly, who just returned from paternity leave Sunday and notched his 20th save of the season in Sunday’s 8-5 win over Seattle, has now retired a club-record 30 consecutive hitters since surrendering four runs in a June 23 road loss to the Yankees.

In that span, Pressly has lowered his WHIP from 1.37 to and his ERA from 4.26 to 2.79, according to Monday’s edition of the Houston Chronicle.

The big question facing Click this week is whether he wants to “rent” two or three players to strengthen the team’s urgent needs with players who are not big stars, or go after a super-star centerfielder like the Washington’s Juan Soto, who is definitely on the Nationals’ trading block after he turned down their record 15-year, $440 million contract offer.

The Astros aren’t sold on the ability of Jake Meyers in center because of the inconsistency he has shown recently, striking out 15 of his final 23 at-bats before the All-Star break. There’s nothing wrong with his defense, but he’s just like several starters who are great gloves, but inconsistently weak with the sticks.

We’ll know the answer to many of the above questions at this time next week.

KWICKIES…Several streaks were established in major league baseball Sunday. The LA Dodgers swept the San Francisco Giants in a four-game series for the first time since 1995, pushing their winning streak to eight straight games. The Chicago Cubs enjoyed their first series sweep at Philadelphia since 2000 and the Kansas City Royals won their first series from the Tampa Bay Rays since 2017.

On the other side of the coin, the Seattle Mariners, who lost a three-game series to our Houston Astros, was the first team to be swept entering a series on a 10-plus winning streak since 2016. And the slumping Boston Red Sox have lost nine of their last 10 games, despite their humongous team payroll.

Stephen A. Smith, the host of ESPN’s First Take, is on a leave of absence to film his role as “Brick” on the soap opera “General Hospital”. He has been playing this part for a number of years.

Houston Astros ace starting pitcher Justin Verlander became the major league’s first 13-game winner when he downed the Mariners 3-1 Saturday in Seattle. He threw seven innings and on the final pitch (101st) he narrowly missed 100 mph with his four-seamed fastball. Verlander averages 96.3 mph which is 1.4 mph faster than his season average. Opting not to pitch in last week’s All-Star game must have given him the extra rest he wanted and needed.

A team that needs to trade for some relief pitching is the Texas Rangers, who led 10-0 through five innings on Sunday and barely hung on for an 11-8 win over the Oakland A’s.

Beaumont West Brook star basketball player Kenneth Perkins, who played several seasons in the NBA, currently is breeding and selling French bulldogs and getting between $20,000 and $1 million for each one. He has 42 dogs in all colors and is studying DNA and breeding information. One of his bulldogs is named Jay-Z.

JUST BETWEEN US…On a sort of personal note, I’m happy to see that Buck O’Neil was finally inducted in Baseball’s Hall of Fame Sunday. Buck was one of the most talented players in the Negro Leagues, being the star player of the old Kansas City Monarchs. He also was the first black to coach in the major leagues—with the Chicago Cubs. When I flew into Phoenix’s Sky Harbor Airport in 1965, Buck met me and drove me to the Cubs’ spring training site at Mesa, Ariz. and deluged me with baseball information during the entire trip. According to Monday’s Houston Chronicle, Buck “was a tireless advocate for the game until his death in 2005”.