Countywide students head back to classes next week 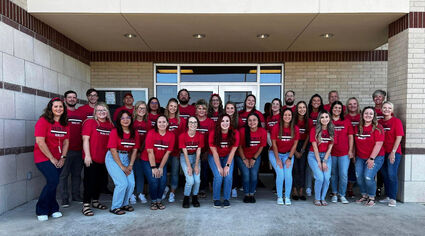 New teachers at the Bridge City Independent School District strike a pose as the 2022-23 school year starts next Wednesday.

At Bridge City High School, a time-consuming job on concrete in the hot August sun is a special right of passage. The seniors with cars get reserved parking spots and paint them in colorful designs.

The senior painters were out painting Monday, a sure sign that a new school year is ready to begin.

The Bridge City, West Orange-Cove, Orangefield, and Vidor public school districts start classes on Wednesday, August 10. Schools in the Little Cypress-Mauriceville district start on Thursday, August 11. Teachers in all the districts reported for work this past Monday.e

The past school year was ending when the school shooting in Uvalde happened. The Texas Education Agency ordered all of the 1,200-plus school districts in the state to double check basic locking devices on every door to the outside. The order came after a report contributed a malfunctioning outside door lock with allowing the gunman to get inside the school.

This summer, the West Orange-Cove school board voted on a policy requiring all student backpacks to be clear or made of mesh. The rule will apply to grades three through twelve. Other school districts in Orange County do not have that backpack rule.

But for now, kids and parents are thinking of sharp crayons, new notebooks, new clothes, and new shoes. West Orange-Cove schools are having a Back to School Tailgate Party on Friday, August 5, from 11 a.m to 4 p.m., at the high school, 1400 Newton Street. The

WO-C Meet the Teacher schedules are Thursday, August 4, from 9:30 to 11:30 a.m. for North Early Learning Center. Also on Thursday, West Orange-Stark Middle meeting will be from 5-7 p.m.

West Orange-Stark Elementary has two days. Grades kindergarten through second will be Monday, August 8, from 5 to 7 p.m. Grades third through fifth will meet on Tuesday, August 9, from 5-7 p.m. The M3 Band will play at 2 p.m.

WO-S High school students will pick up schedules on Monday, August 8, from 10 to 11. 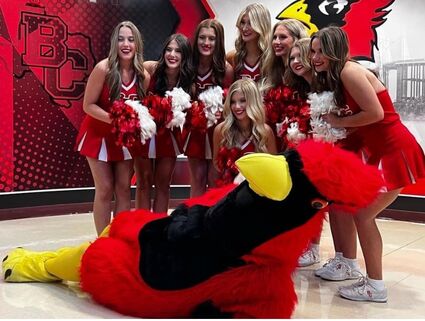 Orangefield High School students have already picked up schedules. Meet the Teacher gatherings will be held at all three schools, elementary, junior high, and high school, from 4 to 6 p.m. on Monday, August 8.

Bridge City High students had orientation on Tuesday. A fun event will be the Monday Night Football Ladies Night on Monday, August 8, at the football field with "kick off" at 6:30 p.m. Participants will meet the coaches, have light snacks, and learn a little "Football 101." Registration runs through Friday, August 5.

Also, the high school volleyball team will have an alumni game on August 19 at 6 p.m. Proceeds from the game will go to the Bridge City ISD Education Foundation. Sign-up deadline is August 12.