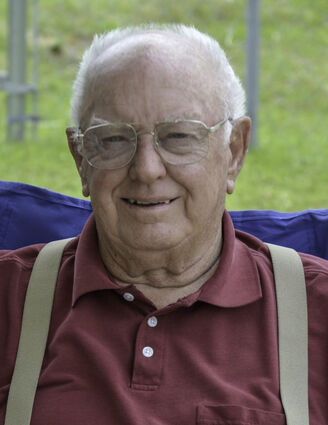 On Tuesday, July 26, 2022, on this his 90th Birthday, our precious father, Robert Edward Barnes, entered into his Heavenly Home and reunited with his beloved wife, our mother, Jeanette Barnes. Fully restored to walk with family and friends who went before him...and most of all Our Heavenly Father.

Funeral services will be held at St. Paul United Methodist Church located at 1155 W. Roundbunch Rd, Bridge City, Texas on Saturday, July 30, 2022. Visitation will be from 2:00 to 4:00 p.m., with service beginning at 4:00 p.m. Officiating will be Mark Bunch. Burial will follow at Hillcrest Memorial Gardens in Orange, TX.

Born in Marlin, Texas, on July 26, 1932, he was the son of Robert Ernest and Lucille Yates Barnes. Robert's fatherworked in construction, which meant the family had to endure quite a few moves. He remembered that one time, he had attended school 1 day and was taken out to move again....9 times moved within 1 year. He finally settled in Bridge City and graduated in 1952 from Stark High School, located in Orange, Texas. After graduating, he proudly served the Air Force from 1952-1956, and was stationed at Maxwell AFB, in Montgomery, Alabama. He became a pitcher for the Maxwell AFB Bombers and was quite good! He actually tried out for the Yankees...instead of trying out for the great pitcher he was, he threw his hat in for short stop....that didn't work to his advantage! Good try DAD! Among his accomplishments in the service, Robert became a Certified Marksman Instructor. Most of all, he found his passion for the game of Golf and played for many years until his health kept him from it. At least he could enjoy the game on TV.

On June 23, 1955, Robert married his sweetheart, Jeanette Ayo, at St. Paul Methodist Church in Bridge City, Texas. After completing his service with the Air Force, they moved back to Bridge City, Texas where Robert started working for Fina (now Total). Retirement came after 39 years. From there, trips to Hot Springs, Arkansas and Branson, Missouri was a favorite vacation spot for all. He became a father to 4 children (1 died at birth),

Honorary pallbearers are his great-grandchildren.

Special thank you to Medical Center of Southeast Texas, Dr. Dia Abochamh, and the Nursing and CNA staff at Bonne Vie for your exceptional, loving care shown to our Father.