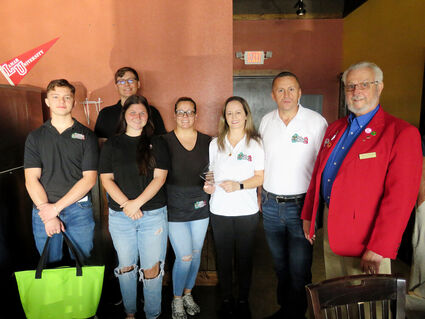 Our business of the month is Milano's Italian Grill. Bashkim and Kadie Makolli came to SETX about 12 years ago from Central Europe. They have been involved in Italian food and service ever since. They have excelled not only with their cooking, but equally as well in with their customer service. A little more than a year ago, they started their own restaurant here in Bridge City and have made a lasting impression on the community. The restaurant's slogan is "Where you are treated like family", and that is so true. Great food and great service. They have done a superb job and if any of you have not tried them yet, we highly recommend that you do.