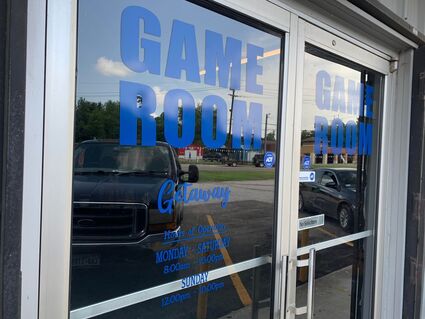 According to a press release from Sheriff Lane Mooney, detectives with the Narcotics Division investigated the three rooms and found multiple violations of the county gaming ordinance and state gambling laws.

Orange County Commissioners Court last year developed a county code to regulate the operation of gaming rooms. The gaming rooms fall within a gray area of state gambling laws by using electronic eight-liner machines, similar to slot machines. The gaming rooms are not supposed to give out cash as prizes, only "gifts" worth a limited amount of money.

Complaints came to the county last year from the Mauriceville area concerning gaming rooms giving cash and becoming places for dealing illegal drugs. Commissioners approved a 21-page list of local regulations for operating a game room and the codes went into effect on September 1, 2021.

The regulations begin with a "finding of fact" that says illicit game rooms are connected to a variety of crimes including robbery and assaults, in addition to drug trafficking and weapons offenses.

Under the county ordinances, each gaming room must have a county license and there is a $1,000 application fee for the license. A gaming room is considered any for-profit business with six or more machines offering prizes, or gambling. Each game room must also have a floor plan design for occupancy with the plan drawn by a licensed architect or engineer. Plus, each gaming machine must have a county tax stamp along with a state tax stamp.

Once a business receives a county compliance license, they are required to display the license in clear sight.

The first room the detectives investigated was the Double Diamond. According to the sheriff's press release, the detectives found several violations of the county codes. Deputy Code Enforcement Officer James Scales came and assisted with shutting the room down for the code violations.

The investigators confiscated cash and gathered a number of items to be used as evidence.

The sheriff's office reports the business is also being investigated for breaking state laws for promoting gambling, keeping a gambling place, and engaging in organized criminal activity. The office has started the process of shutting down the game room indefinitely.

The Getaway Game Room was raided on Thursday and detectives found more than 15 violations of the county code. Deputy Director Scales with code enforcement came to assist. The sheriff's office also called the Orange County Emergency Services District 1, and firefighters found violations to the fire code. According to the sheriff, the process has been started to close the game room indefinitely. Civil action could be sought against some suspects. 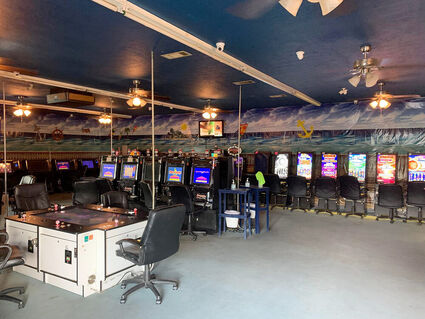 During the search at the Fuel Mart Game Room in Rose City, detectives found an armed security guard along with a on-duty clerk. The detectives are accusing them of breaking state laws of promotion of gambling and keeping a gambling place.

In addition, the narcotics detectives confiscated cash, circuit boards, and other items to be used in prosecution. Several customers were found illegally gambling. They were checked for outstanding warrants and one arrest was made for a misdemeanor warrant.

The Rose City marshal was called to assist. The sheriff's office, marshal and the District Attorney's Office will be coordinating on investigating the business for engaging in criminal activity.

Thank you Orange County Sheriff Dept.!!! Its a place where drug deals happen!! At the one in north Vidor they go behind the building to sale drugs! It is a cancer spreading through our town🤬