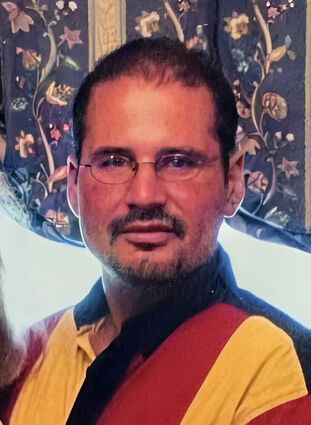 Born in Port Arthur, Texas, on January 27, 1970, he was the son of Maria del Jesus Trejo and Jaime Ernesto Alonzo, Sr. Jaime enjoyed working with his hands on his many projects over the years. He was an incredible woodworker and had a talent for working on vehicles. Jaime was extremely smart and had knack for being able to figure things out. Even after Jaime could no longer work on vehicles, he’d spend his spare time watching mechanic

shows. Jaime enjoyed crawfish more than anything, a crawfish boil was a sure way to get him out of the house. He had an amazing sense of humor and was always cracking jokes with his nieces and nephews. Above all Jaime loved his dogs that he treated as his babies and his family, he will be truly missed by his family and friends. He is preceded in death by his parents, Jaime Ernesto Alonzo, Sr. and Maria del Jesus Trejo; brother and sister,