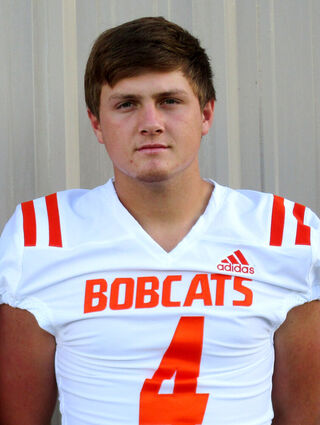 A week of practices has gone well for the Orangefield Bobcats in preparation for the new football season. This is the start of the eleventh year under Josh Smalley as the head football coach at Orangefield and the kids are buying into the system established by Smalley at the school.

The effort by the players has been great and they have been very coachable, but there is still a lot of learning to be done especially by the younger Bobcats. "A lot of young kids especially up front, but as far as their effort, their attitude, work ethic, and things like that it has been a great first week of practices," Smalley expressed.

In addition to a week of practices the annual Orange and White intra-squad scrimmage was held on Saturday. This scrimmage allows the Orangefield coaches to see the Bobcats perform in a somewhat game condition.

Officials were brought to the scrimmage to help run it more like an actual game by calling penalties when necessary. This helped the officials get some practice in while the Bobcats and the Orangefield coaches could learn some of the new rules implemented by the University Interscholastic League for this season.

The Bobcats were not afraid to hit each other and there were some big hits during the scrimmage. Smalley described, "It was a little more physical than our normal standard little intra-squad scrimmage gets."

Inside linebacker Kyle Michael really looked good as did Jackson Humplik in the defensive secondary. "Both of those guys came down hill and laid the lumber so to speak, and it was good to see that," Smalley expressed.

Despite all of the hard hits in the scrimmage, the officials ruled the play was all legal just good tough tackles and blocks. Smalley said that was good to see.

Offensively, quarterback Brayden Parker threw the ball very well. Parker had a pass for a touchdown and handled himself well in directing the Bobcat offense during the scrimmage.

Catching the touchdown pass was Gavin Perry-Koci who will be getting more playing time this season than last year. Smalley reminded, "I told people before the year started he could have a breakout year for us. He didn't see a whole lot of time for us last year, but he's a senior this year and he's a legit 4.4 forty guy that can run. He had a couple of good runs and caught a lot of balls including the touchdown."

Not to be overlooked is Cameron Dischler who looked like the all-district running back he was last season for Orangefield. "There's a lot of positives coming out of the Orange and White scrimmage, but we got a lot of kids on film, and we'll see a lot of improvement and where we need to get better especially up front on both sides of the ball," Coach Smalley summarized.

The second week of the workouts will see a ramping up a little bit as far as the intensity of the practices. Smalley explained, "There's no longer rules where the players can be in shorts and tee shirts, you can have shoulder pads but you can't hit. Now it's kind of like all the gloves are off, you're going to be hitting the sled, doing board drills, you'll be tackling stuff. Those are things you really couldn't do in week one, now you can do it in week two. The intensity level will pick up, the physical contact of the practices should pick up, and hopefully the kids will respond to that."

The Bobcats will scrimmage with an opponent for the first time this season on Friday against the Little Cypress-Mauriceville Bears. It should help prepare Orangefield for the regular season later this month.

The speed of the Bears will give the Bobcats a taste of the fast paced play from several of their district opponents later in the season. Trying to stop Bear running back Da'Marion Morris the 1800 yard rusher for LCM will test the Orangefield defense. "It helps us to see that kind of speed to get used to it because we're going to see that kind of speed with Anahuac, East Chambers, and some of those guys in our district," Smalley analyzed.

On the other side of the ball the Orangefield offense will have to deal with the likes of Amier Washington with the Bears at defensive end who has committed to attend Texas Tech. Smalley pointed out, "It's going to help our kids to see what players of that caliber look like, and you feel like if you can maybe block those guys and hold your own with those guy that maybe it will get you ready for the season and the district race." 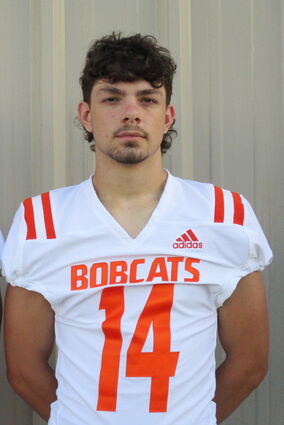 An emphasis of the scrimmage is to see how the Bobcats perform in game situations so the coaching staff can work with them to correct any errors the players are making. "We're going in there against a bigger school than us, we're going to compete, but the main thing is to get our kids on film so we can make corrections," Smalley replied.

A main concern of an area Smalley and the coaches will scrutinize in particular is improvement up front. The Bobcat linemen on offense are almost all new to the varsity because of graduation last year.

The scrimmage will help Coach Smalley access which Bobcats are ready to play in the offensive line on Friday nights. "Knowing assignments, not looking so lost, doing whatever they're doing at a hundred miles an hour even if it's wrong. Our number one goal is just to compete, play hard, and be coachable by doing things the right way," Smalley concluded.

The first scrimmage will be Friday night at F. L. McClain Stadium in Orangefield between the Bobcats and Little Cypress-Mauriceville.