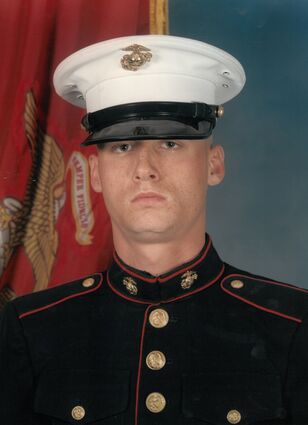 Michael Christopher Wilkerson, 40, of Orange, passed away on August 6, 2022, at home surrounded by loved ones. A memorial gathering will be from 2:00 p.m. to 5:00 p.m., Saturday, August 13, 2022, at Claybar Funeral Home in Orange. Born in Channelview, Texas, on June 28, 1982, he was the son of Randy and Donna Wilkerson. Michael proudly served the United States as a Marine in the Iraq War. He took great pleasure in helping everyone he could, he was an amazing caretaker by nature. Michael was a member of Choctaw Nation of Oklahoma. In his spare time, he enjoyed working on cars or a gun he’d acquired for his collection. Michael loved his cats and spending time with his mother every minute he could. He is preceded in death by his father, Randy Wilkerson; sister, Casey Wilkerson; grandparents, David and Betty Clayton, Mary and William Wilkerson; aunts, Nancy Drake, and Debbie Couch.

Cremation will be held under the direction of Claybar Funeral Home in Orange.