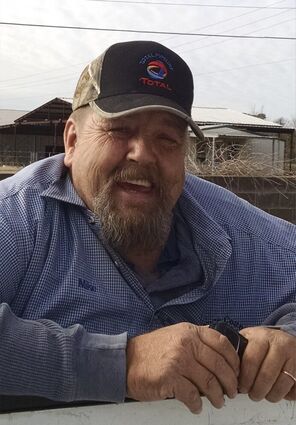 Michael Douglass Porter, 65, of Orange, TX passed away on August 13, 2022 at the Southeast Medical Center after a long health battle.

Michael was born on August 25, 1956, in Bath, New York to Edward and Gladys Porter. He was married to his wife, Vickie Porter for 46 wonderful years. Michael work for the West Orange Water Office for 37 years. He attended Haverling Senior High School. Michael was a proud veteran of the Army. He served from 1975-1979.

Michael enjoyed reading a book on his front porch, working hard, and being a good friend. Baseball was his favorite sport. He enjoyed coaching little league at Wesco Ball Field. He also enjoyed reading to pre-k students after he retired from the water office. Michael enjoyed taking care of his lawn. It was his favorite way to relax. He was also a surrogate father to many teenagers. He always had love and advice to give to them.

Michael is preceded in death by his parents, Edward and Gladys; and his sisters, Martha and Tammy.

Michael is survived by his wife, Vickie Porter; his daughter, Theresa Leonard and husband Cody; his son, Michael Porter and his wife Kimberly; his grandchildren, Jesarose, Michael (Buddy), and Rick Porter; his sister, Patricia Suire and husband Brud; brother, Ike Porter and his wife Joy, and sister, Jackie House. Michael is also survived by many cousins, nieces, nephews, and friends.

A cremation memorial service will be held in the future.