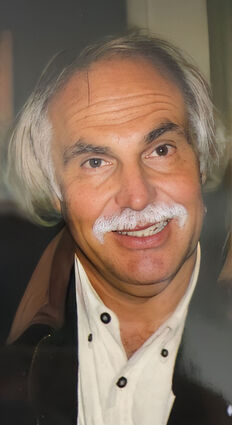 Tommy Shelton Jr., 69, of Corpus Christi, Texas, passed away on July 15, 2022, at his home. A graveside service will be held at 10:00 a.m., Saturday, August 20, 2022, at Orange Forest Lawn Cemetery in West Orange, Texas. Born in Orange, Texas on January 1, 1953, he was the son of Tommy Shelton Sr, and Barbara (Chisum) Welch. Tommy graduated from Lutcher-Stark High School and went on to graduate from Del Mar College in Corpus Christi, Texas. He served in the Merchant Marines and worked in the service and construction industries before retirement. Tommy was an avid reader who loved to read anything having to do with history. He also enjoyed going out to eat, especially when his meal involved seafood or a well-done steak. Family and friends could count on Tommy for a restaurant recommendation. Tommy was a family man first and foremost. He absolutely adored his daughter, Vanessa, and granddaughter, Brianna. They were his life’s pride and joy and he always looked forward to spending time with them. Tommy even joked that his son-in-law, Chris, also known as “what’s his face”, was alright too. He was an attentive son and brother who took pride in being a caregiver for his family. Tommy was also a loyal friend. He enjoyed getting together with neighbors and friends to break bread over good food or sitting on the porch solving the problems of the world. Many people would describe Tommy as a kind soul with a giving heart. He regularly donated to charities that were dear to him. Tommy was a bright light to all who knew him, and he will be greatly missed. He is preceded in death by both of his parents and his only brother, John Fannin. Tommy is survived by his daughter, Vanessa (Chris) Silva of San Antonio, Texas; his granddaughter, Brianna Acosta; his uncle, Eugene Chisum of Houston, Texas; as well as numerous cousins; and his beloved friendship circle (The Ricks), that started almost 50 years ago.