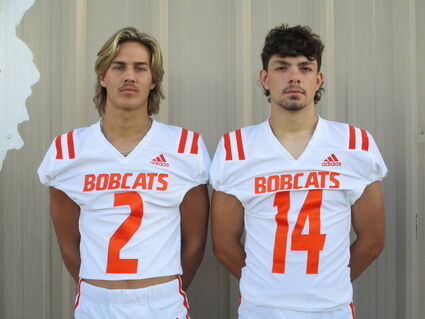 The regular season for high school football begins in another week. The Orangefield Bobcats have their final tune up with their second scrimmage to be played on Thursday.

In their first scrimmage last week Orangefield played the Little Cypress-Mauriceville Bears a team which is two classifications higher than the Bobcats. Coach Josh Smalley of Orangefield said it was a good controlled scrimmage for his Bobcats.

Overall, Smalley thought the Bobcats performed well with some areas that he and the coaches will need to address. "It was good for us to go against the Bears' speed and size. I was proud of our kids' effort, we played hard, we played competitive, we played tough, just some mistakes from guys up front that have not had a lot of reps, honestly, so it was good for them to get in there and get some varsity quality reps," Smalley analyzed.

Practices with just the Bobcats do not help them simulate the speed of teams like LCM. Smalley added, "Our guys learned that game speed is a little different than practice speed. We did not turn the ball over at all, and we did collect a takeaway. We did have some pre-snap penalties that we've got to fix. It was good for those young Bobcats to get some work and to face a quality team like the Bears, and that will only help us."

All-district running back Cameron Dischler for the Bobcats only carried the ball about three or four times but still rushed for between 90 to 100 yards. Dischler broke a long run of about 60 yards for a touchdown.

On defense Dischler played at strong safety and came downhill to make some good tackles. Linebackers Kyle Michael, Lane Gipson, and Beau Elkins all played well. Michael had a fumble recovery for the only turnover in the scrimmage.

Defensive ends Sampson and Koen Maddox were tough to block. Smalley praised, "When they're fresh Sampson and Maddox are something to be reckoned with out there."

A freshman Mason Manning stood out in the scrimmage at cornerback. "I was impressed with the way he played defensively, and he ran the ball hard a couple of times so that was a positive," Smalley pointed out.

One of the positive aspects of the scrimmage is there were no serious injuries for the Bobcats. Through the first two weeks of practice Orangefield has avoided any serious injuries. Coach Smalley expressed, "We're fortunate and we're blessed that we're not dealing with any injuries just a lot of soreness coming off that scrimmage. It's the first time we've really gotten after it in full effort with us hitting them hard and them hitting us hard. We've been lucky so far to avoid injuries."

The second scrimmage for Orangefield will be against another very tough opponent in the Silsbee Tigers. Silsbee is a classification higher than the Bobcats. The Tigers are picked in the top ten in the state and second in their district which includes West Orange-Stark and Jasper.

One of the leaders for Silsbee is the highly recruited Dre'lon Miller who plays wide receiver and defensive back. Miller had over a thousand receiving yards with 16 touchdowns last year.

Miller is joined by seven other returning starters for the Tigers on both sides of the football. "I really feel like scheduling these scrimmages we're trying to set ourselves up for our district. We'll see good quality opponents and good speed that's going to get us ready for East Chambers, get us ready for Anahuac, and get us ready for Buna," Smalley admitted.

Winning is not necessarily the primary goal in this preseason scrimmage. Smalley explained, "If we can go in against the Tigers and hold our own just be competitive and play tough and physical, and cut down the mistakes then I'll feel good coming out of the scrimmage."

Allowing the younger Bobcats to have playing time and experience repetitions in game-like conditions is the emphasis in the scrimmage for Coach Smalley. There are still some holes to fill before the season officially starts the last weekend of August.

An important hole to plug is at noseguard. Three or four Bobcats are battling for that position, and Smalley is hopeful to solidify the choice of who will take on the role of the noseguard on defense. 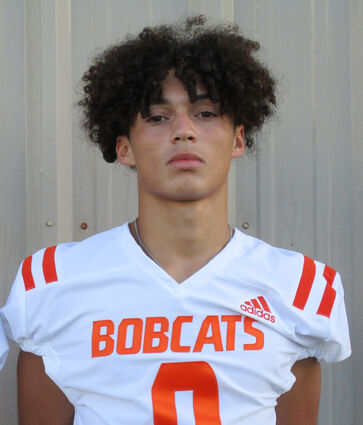 Without a doubt the biggest question mark are the starting five in the offensive line for Orangefield. Smalley repeated, "Tackle to tackle we have to improve and get better. It wasn't that they didn't give effort in the LCM scrimmage it's just they have not had the reps. It's a trial by fire thing, so getting those guys more reps will be good for us."

Fundamentals of eliminating penalties and not committing turnovers will be stressed in the scrimmage as well. "We need to focus on hanging on to the ball, cutting down pre-snap penalties is good, just getting after it, and tackling better and getting off blocks better on the corners in order to come downhill to make plays," Smalley concluded.

The scrimmage between Orangefield and Silsbee is scheduled for Thursday night at F. L. McClain Stadium in Orangefield. The kickoff should be at 6:30 PM.