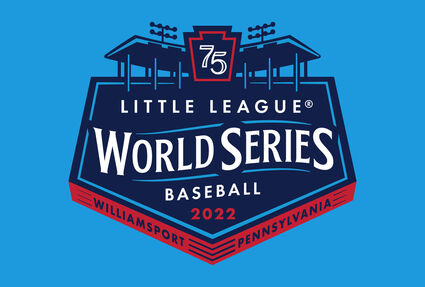 This is the time of the year that I dislike the most. First of all, the middle of August has always been referred to as “The Dog Days of Summer.”

But more importantly, this is the time that the National Football League stages its exhibition football season. Fans fill the stadiums eager to see a football game, even if it’s not what you paid a premium price to see. Many exhibition game tickets are included in the season ticket packet.

I used to use these preseason games to formulate my annual selection of the division winners, but they are far from a reliable source now that the impact players are receiving such obscene salaries.

Those high-dollar stars are not much more than fans watching their team’s front office decide which marginal players are NFL material and which were just good college players not ready for the next level of the game.

Let’s look at our state’s two NFL franchises, the Houston Texans and the Dallas Cowboys. The Cowboys are picked by most Preseason Prognosticators to be the best team in the NFC East Division while Houston will be in another battle with Jacksonville for last place in the AFC South Division.

If you look at the standings after the first week of the exhibition season you would find the Texans in first place after their “exciting” 17-13 come-from-behind victory over the New Orleans Saints and the Cowboys tied for last place with their lackluster 17-7 loss to the Denver Broncos.

But in reality, Houston’s starting quarterback Davis Mills played only in the Texans’ first two series, completing all three of his passes for a meager 14 yards.

The Cowboys’ quarterback Dak Prescott didn’t even touch the gridiron Saturday as the coaches watched the other quarterbacks vying for the back-up spot. About the only consistency Dallas showed was the 17 penalties for 129 yards after leading the NFL in that category last season.

What most NFL fans—especially those in Houston—wanted to know was how did their former star quarterback--who refused to play another down there--Deshaun Watson did in his debut with the Cleveland Browns last Friday night.

The Browns won 24-13 over Jacksonville, but Watson had absolutely nothing to do with the victory as he played only three series and completed one of five passes for seven yards. The Cleveland newspapers described Watson’s performance as “underwhelming”.

Watson can practice with the team and even play in preseason games, but he will not be able to play in at least the first six games for Cleveland because of his suspension for conduct detrimental to the NFL rules.

Last week a person familiar with Watson’s defense told the Associated Press that the quarterback would accept an eight-game suspension and a $5 million fine, but the NFL said “negatory” and said they want him suspended for the entire season and pay a much larger fine and also require him to undergo evaluation and treatment as required by medical experts before he could be reinstated.

Yesterday at 3 p.m. was the first cutdown for all teams, getting their roster down to 80 players. Of course, many of those that got cut will be picked up by another team later this week after they cut another player to make room for the new face.

KWICKIES…I was saddened to hear about the passing of local high school and Texas Longhorn football legend Steve Worster last weekend. He was a “real man” playing against boys in high school and even college. I remember back in 1966 when I had been a local sportswriter for about three months and I told Head Coach Chief Wilson about his power sweep that if Worster stopped and threw a pass downfield it should be wide open. He told me, “You stick to writing sports and I’ll decide what plays to run.” The bottom line was that in the first round of the playoffs where Bridge City was the underdog, Worster stopped his run on the power sweep and heaved the football downfield that was caught for a touchdown and led to a huge first-round win for the Cardinals en route to the State Championship. The next time I saw Chief Wilson he just winked at me.

The Houston Astros lost a star player when outfielder Michael Brantley underwent surgery on his ailing shoulder and is out for the year, but gained a star pitcher in Lance McCullers, Jr. who has been on the injured list all season and pitched six scoreless innings Saturday as the Astros blanked Oakland 6-0 and went on to sweep the A’s with a 6-3 victory Sunday for their fourth-straight win. The team headed to the Windy City Monday for a four-game series against the Chicago White Sox. They move on to Atlanta for a three-game weekend series beginning Friday.

A couple of starting NFL quarterbacks are already on the injured list as New York Jets Zach Wilson had arthroscopic surgery on his knee yesterday and will miss at least four weeks and Cincinnati’s Joe Burrow has been recovering from an appendectomy but should be ready for the first game Sept. 11.

Drew Rasmussen took a perfect game into the ninth inning before giving up a double on the first pitch and then losing his shutout on a wild pitch as the Tampa Bay Rays defeated Baltimore 4-1 Sunday to expand their lead over the Orioles to 1½ games for the final wild card spot in the American League.

The Pittsburgh Steelers are depending on their 2022 No. 1 draft pick Kenny Pickett to successfully replace Ben Roethlisberger as their starting quarterback this season. Pickett played his college football at Pittsburgh.

JUST BETWEEN US…Pearland becomes the 15th Houston area team to make it to the Little League World Series and will open the extravaganza tomorrow at 6 p.m. against Hollidaysburg, Pa. It will be televised on ESPN2. Only two—the 1950 Houston LL and the 1966 Westbury LL--have ever won the world championship. I played shortstop for the Schenectady (N.Y.) LL team which won the 1954 Little League World Series in Williamsport, Pa. Galveston had a team there that year but was eliminated by Illinois 6-5 in the first round, according to Sunday’s Houston Chronicle. This World Series featured two of my teammates—outfielder Jimmy Barbieri and pitcher/third baseman Billy Connors—Lakeland Florida’s Boog Powell (who we beat 14-0) and Colton California’s Kenny Hubbs and Carl Taylor (who we beat in the finals 7-5) who were all future major leaguers. Barbieri was the first (and maybe the only) player in history to win both the Little League world championship and the World Series in 1965 with the LA Dodgers.